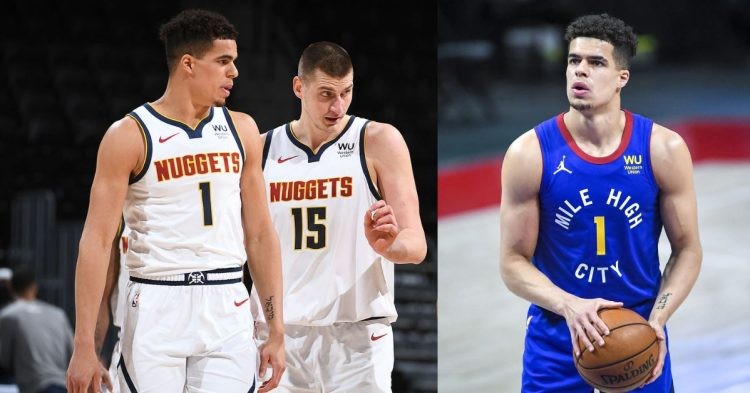 Michael Porter Jr is a young star for the Denver Nuggets. Several fans consider him to be the third-best player on the team, behind Nikola Jokic and Jamal Murray.  He entered the league in the 2018 NBA draft and is only 24 years old.

Unfortunately for Nuggets fans, Porter Jr has been missing from the starting lineup for a while now. Despite his absence, the Nuggets are doing quite well at the moment. Led by Jokic and Murray, they currently hold a record of 14 wins and 8 losses. This places them 2nd in the Western Conference, behind Devin Booker and the Phoenix Suns.

Despite their solid start to the season, Nuggets fans should be wondering what is happening to Michael Porter Jr and when he is expected to potentially make a return to the team.

What injury does Michael Porter Jr have?

MPJ is definitely a rare talent for the Nuggets. He is listed as 6’10 and has the physical capabilities to do it all on both ends of the floor. Porter is averaging 16.4 points, 6 rebounds, and 1.3 assists this season. Moreover, he is shooting an incredibly efficient 46.6% from the field and 42.7% from the three-point line. These are remarkable outside shooting numbers for a player of that size.

He was last seen on the court in a match against the Detroit Pistons. Porter Jr has been diagnosed with a heel injury and has not played in the last 5 games for the Nuggets. Thankfully, they were still able to win 4 out of the 5 games without him.

However, that does not change the fact that Denver will need him if they are looking to contend this NBA season. Unfortunately, there isn’t even a  timeframe for his return to the floor at the moment. Therefore, he will have to complete his rehabilitation and be reassessed before joining the team.

Michael Porter Jr. is listed as out for Friday at the Hawks. Nuggets have also changed his injury to a left heel strain. They had been calling it a left heel contusion.

We are only a quarter of the way into the NBA season and injuries are beginning to pile up. It will be prudent for the Denver Nuggets to rest their main stars and keep their sights focused on the NBA postseason. Nuggets fans should hope that the team is able to maintain this winning pace until Michael Porter Jr returns.