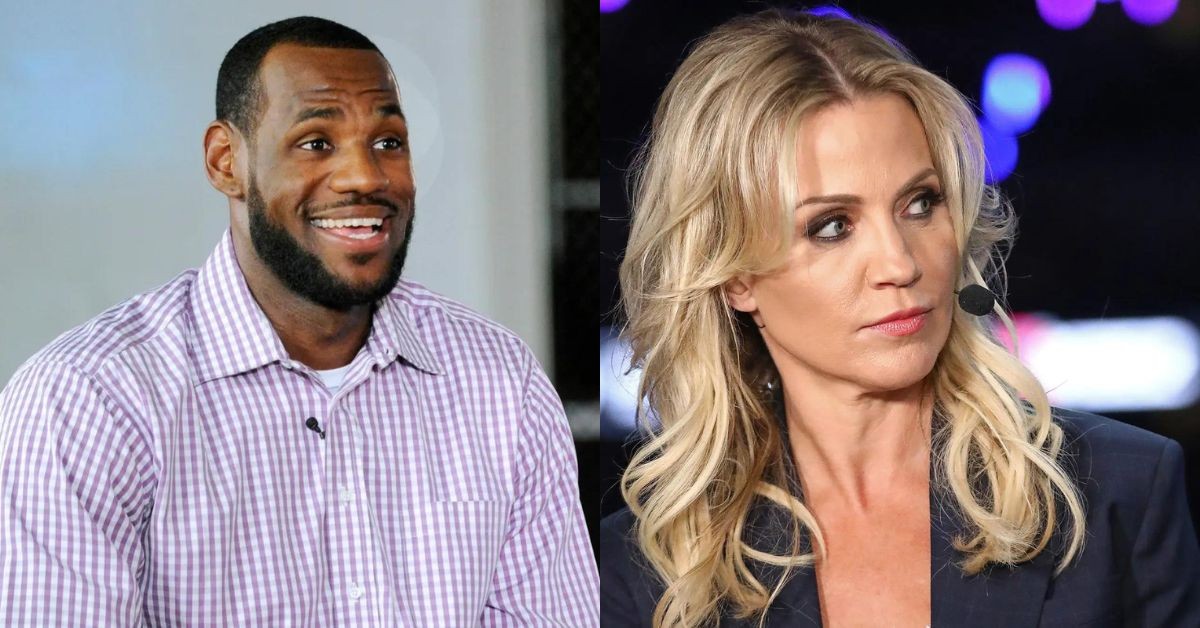 A lot of the current NBA stars and superstars in the modern NBA get to hear every single thing being said about them. Most players ignore it, but others don’t. One such situation unfolded when LeBron James forced his hand to fire Michelle Beadle because of the hate she threw his way. Beadle gave told us her side of the story in a recent interview.

Since the growth of social media, players have gotten access to the hearing takes from almost everyone. Hence, people propagate hate in their takes to quickly gain attention. The more outlandish the take, the higher the chances are of going viral. And once a take goes viral, it forces players who are a bit more sensitive to respond to those takes. This whole ordeal led to the end of Michelle Beadle’s ESPN career because she dared to go 1v1 with LeBron.

At the end of the 2009-10 season, LeBron James was a free agent. He never won anything with Cleveland which was affecting his legacy. He announced to the world where he would be going in the most Hollywood way possible. In collaboration with ESPN, they telecasted ‘the Decision’ where LeBron James announced he was joining the Miami Heat.

‘The Decision’ made him the most hated man in the NBA. He created a super team and did it dramatically. The uproar from fans and media alike was scary to watch. At the time, Michelle Beadle worked on ESPN and sounded off on ‘the decision’.

“He wanted me fired and tried to do that…I made fun of ‘The Decision’ and I was one out of the bazillion people that did…And I got a DM that was like ‘Why are you so mean to me on television?’. And I just sort of laughed it off.”

Michelle Beadle on a podcast with Renee Paquette revisited the time the beef with LeBron affected her career. After this, she got labeled as being difficult to work with all because of a petty thing LeBron James held on to. She did leave ESPN and since bounced around jobs and is currently working for the Spurs media team.

A lot of reporters target LeBron James daily. Yet still, have a job. However, the beef was not the only reason she was let go. She also allegedly drunk and flirted with NFL star Aaron Rodgers in front of his girlfriend saying ‘I just wanna get f*****d.’ A lot of controversy at the time meant that it would be easier for ESPN to let her go than defend her.

Did Michelle Beadle Tell Aaron Rodgers, “I Just Wanna Get Fucked” After The ESPYs? ESPN Wants To Know http://deadspin.com/5827414/

The other theory that was floating around was that LeBron wanted Michelle Beadle to be replaced by Rachel Nichols and therefore began the whole situation.