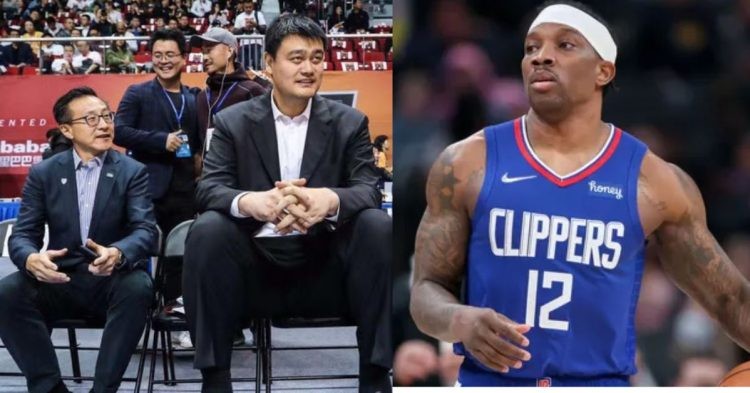 The NBA is full of athletes who are interesting individuals. Former player Eric Bledsoe made a splash on the internet when news about his arrest broke out. This is quite a serious issue and he could do serious time if deemed guilty.

Moreover, it could not have come at a worse time for him. He was just looking to get his career restarted overseas in China with the Shanghai Sharks. However, much like what happened to WNBA star Brittney Griner, his future as a basketball player looks to be over.

Eric Bledsoe was arrested for domestic violence on Wednesday, per TMZ pic.twitter.com/LXKznmfuZJ

With that being said, we should wonder what really happened. Fans have mixed and cynical opinions about the issue that they have shared. It is important to understand the context behind this situation and these messages.

This is not a petty crime to be charged with. Eric Bledsoe has been charged with misdemeanor domestic violence. A woman called the California authorities to inform them that she had been slapped by her boyfriend. While this does not seem very serious in itself, due to the current age and situation, the police arrested Bledsoe.

Eric Bledsoe really made Shawty go through IVF for twins just to turn around and start whoopin shawty ass. 😭

He was later released on Bond at the Lost Hills Sheriff’s station. The woman, whose identity has not been released also made an Instagram post with a caption that incriminates Eric.

“No relationship like this is ever worth staying in.”

Yo in a now deleted post Eric Bledsoe gf is suffering from domestic violence pic.twitter.com/iAJeVUEW3U

It is unclear what will happen now. If he is found guilty, he could serve time and lose his contract with the Shanghai Sharks.

Miles Bridges and Eric Bledsoe in the prison league: pic.twitter.com/sDLSfSbRR3

The majority of people have been ruthlessly against him and already made comparisons to him and another player Miles Bridges playing basketball together in prison. Moreover, Bridges was sent to jail for the same charge, which draws many witty and amusing comparisons.

Miles Bridges when he sees Eric Bledsoe in the same cell block as him: pic.twitter.com/yIALRm1NS7

It seems the concept of innocent until proven guilty is not favoring Eric Bledsoe. We should wonder if the woman is able to establish a pattern during the trial. If it is an isolated incident and a mere slap, perhaps he will not do too much time. We hope he understands and learns from this experience.