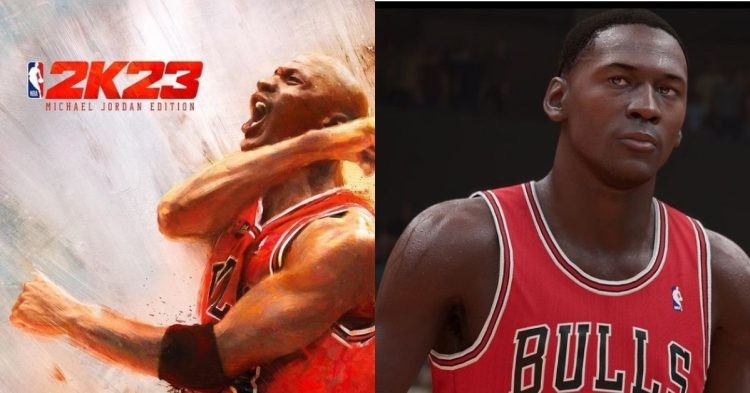 The most popular basketball video game franchise is back to announcing its newest edition launch. NBA 2k23 is set to launch in a couple of months just after the current game cycle comes to an end. Not much is revealed about the game except the stars that will grace the cover of the NBA 2k23. Michael Jordan will also be playing a huge role in the launch of this edition as well.

NBA 2k21 has had above-average to good reviews so far. It’s been rated 6/10 on IGN, 79% Metacritic, and 3.5/5 on TechRadar. Damian Lillard, Zion Williamson, and Kobe Bryant were the cover stars of NBA 2k21. There are already 286 ninety-nine rated players on MyTeam and almost everyone has completed their journey on MyCareer. Also, the start today mode can have no more updates with the season coming to an end, so it’s about time we get to the next edition.

NBA 2k23 is set to launch on 9th September 2022 but you can pre-order the game from 7th July 2022 itself. To give the people set to purchase NBA during the pre-order phase, 2k had to release a tidbit. And they did that by announcing the cover athletes.

BREAKING: Devin Booker is the cover of NBA 2K23. pic.twitter.com/oJTNokBzgF

To make this announcement official, NBA 2k released a 1-minute trailer. It showcases clips of gameplay that is redefines the phrase of art imitating life. This 1-minute video already has 1,149,558 views in 18 hours and created hype for the entire NBA 2k23 game.

Michael has already been the cover athlete for the 2k franchise 4 times for NBA 2k11, 2k12, 2k16, and now 2k23. But watching 2k pick Jordan to represent the number over LeBron James, who also rocked 23 for a majority of his career, was a pretty controversial decision. Regardless, the artwork for the game is amazing and could almost guarantee sales for itself.