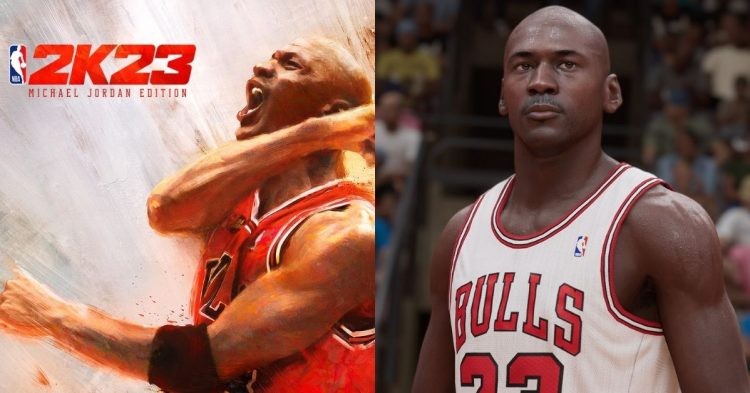 NBA 2K is back with 2K23, this time we have Michael Jordan himself gracing the cover of this year’s 2K. The game has seen some struggles recently. Long-time fans of the series have finally started speaking up about the annoying microtransactions and in-game advertising.

But, this year might be different. Ronnie 2K, the brain behind NBA 2K for quite some years now took to Twitter and called 2K23 the greatest year yet. So, we might finally be able to have the kind of experience that 2K16 provided. Let’s have a look at the different game modes, player ratings, and the game’s release date.

The Jordan Challenges game mode is coming back

The Jordan Challenge is a fan-favorite mode that was featured in NBA 2K11. Now, after almost a decade the beloved game mode is making a return with 5 brand-new moments for us to recreate from Michael Jordan’s career. Apart from this, fans will get to experience other beloved game modes like MyCareer, MyLeague, and MyTeam. But, enough about that let’s have a look at what everyone has been waiting for, player ratings in NBA 2K23.

NBA 2K23: Michael Jordan Edition will feature His Airness along with a rebuilt version of the beloved Jordan Challenges from NBA 2K11, featuring 15 iconic moments from his career. https://t.co/XMXXtXhbB2 pic.twitter.com/yZ7cmXYuv2

So, we have had a crazy year in the NBA and this is set to reflect in the player ratings for this year. Here’s what the leaks suggest and what we believe this year’s player ratings will look like.

This is what the ratings should look like for the top players in the league.

When is NBA 2K23 coming out

Currently, the game is going to follow its yearly release pattern and come out on the 9th of September 2022. Seeing how we are barely 2 months away from release, we can expect to see more news come out in the upcoming weeks. Hopefully, this will be the 2K that properly launches things off for the next generation experience that we have been waiting for.