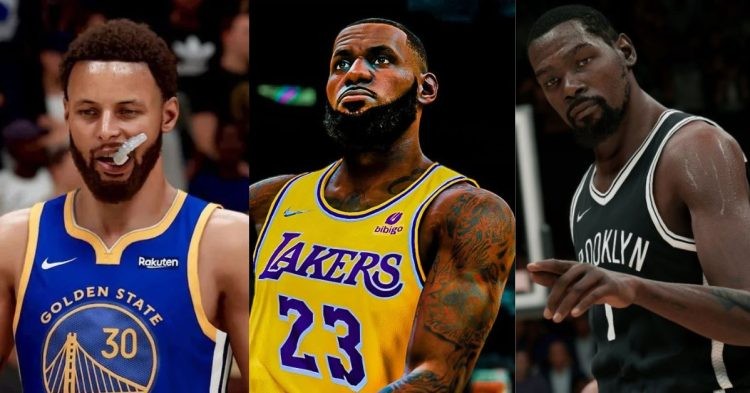 NBA 2K23 is the latest in a series of popular PlayStation/Xbox games centered around the NBA. It is considered extremely fun to play with friends and family. It is set to be released soon sometime this month. The research that goes into the game is unlike many others. The goal has always been to make it as real and accurate as possible.

The ratings that are given to superstars like LeBron James, Kevin Durant, and Stephen Curry among others speak directly to how they have performed in the previous season. Moreover, the game releases a new version every year. Therefore, one must wonder what ratings their favorite players will be awarded for the latest 2K game.

The makers of NBA 2K23 have kept silent about most of the new features and ratings. This is to prevent spoiling the experience as well as the suspense and anticipation. However, they have offered several sneak peeks into the game in order to keep the audience on edge and awaiting its release.

Many expect that Devin Booker will be the cover athlete of NBA 2K23. Several people had a problem with this initially. However, it is important to remember that he is still the best player on the team with the best record in the NBA. This allowed the decision to tilt in his favor, despite the Suns being eliminated by Luka Doncic and the Dallas Mavericks in the second round.

There are several betting sites and more attempting to predict the ratings. However, this is not exactly an easy thing to do. A sports analyst and a video game creator rarely see eye to eye on these types of issues. Therefore, we will not know for sure until the game is actually released. With that being said, here are the ratings that will mostly be given to the NBA superstars.

Don’t miss a beat as we reveal our cover stars, release gameplay first looks, and more.

❤ this tweet to opt-in for updates and make sure you know everything before your friends do. pic.twitter.com/p5njQsSM3u

Kevin Durant and Giannis Antetokounmpo are expected to lead the way with a 97 OVR (Overall rating). LeBron James and Stephen Curry follow them and are predicted to have a 96 OVR each. The accuracy of predicting seems to fade at that point as Kawhi Leonard, Nikola Jokic, Joel Embiid, Luka Doncic, and James Harden are all expected to be 96 OVR as well.

One must wonder whether all these players deserve the exact same ratings. The average fan must also wonder in what world James Harden and Stephen Curry can be the same OVR, considering how Curry has been played this season. Therefore, these are just mere numbers thrown out by analysts until the game is released.