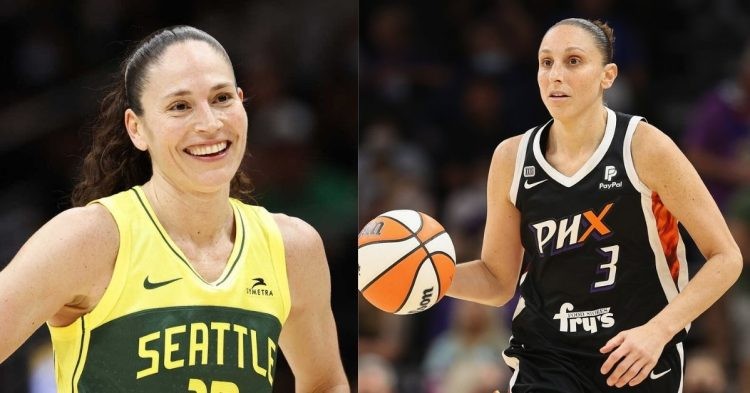 NBA 2K23 is a video game that is released every year for PlayStation and Xbox users. It focuses on the NBA and is considered one of the best basketball games out there. It is not a very well-known fact that the NBA 2K23 WNBA edition will be released soon.

The WNBA is a professional basketball league for women, similar to the NBA. It started off slow but has gained traction and popularity over the years. Its rise has urged the developers of the NBA 2K games to make a WNBA version of their game in order to cater to the masses. It is important to know who the cover athlete will be alone with when the game will be released and more.

The NBA 2K23 WNBA Edition will have two cover athletes instead of one!

Every year a single basketball player is chosen to be the cover athlete of the 2K game released. However, the WNBA edition of the game will have not one but two athletes on its front cover. One must wonder what the reasons were behind making this change.

There is no clear-cut explanation as to why other than the fact that perhaps the WNBA has much less reach than the NBA and creators felt that two big names would attract a greater audience base than just one. With that being said, Sue Bird and Diana Taurasi have both been selected to represent this edition.

Two of the best to ever do it 🏀

It would interest people to know that Sue and Diana are long-time friends. They have known each other prior to joining the WNBA. Therefore, they must have had no problem or conflict sharing the stage with the other.

No solid argument can be made that these two athletes are undeserving of this. Sue is part of the Seattle Storms and is the cornerstone of the franchise. She is a 12X WNBA all-star and has averaged 11.8 points, 5.6 assists, and 2.5 rebounds her whole career. Moreover, she is shooting 42% from the field and 39% from the three-point line.

Diana Taurasi has similar achievements. She is a 10X WNBA all-star and also won the WNBA MVP in 2009 playing for the Phoenix Mercury her whole career. She has averaged 19.3 points, 4.3 assists, and 3.9 rebounds in her career. Additionally, she has been shooting 42% from the field and 36% from the three-point line. Both these women have clearly earned their spots as cover athletes

How much will the NBA 2K23 WNBA Edition cost and when will it be released?

Unfortunately, the WNBA version of this game will only be available through “Gamestop” in the United States and Canada. Therefore, international fans may not be able to access it in the present. The official release date for the game is September 9th, 2022.

Reports have also stated that the game is expected to cost anything between $59 and $69. However, there are just rumors at the moment. It is quite possible the prices are reduced or increased based on demand when the game is actually released.