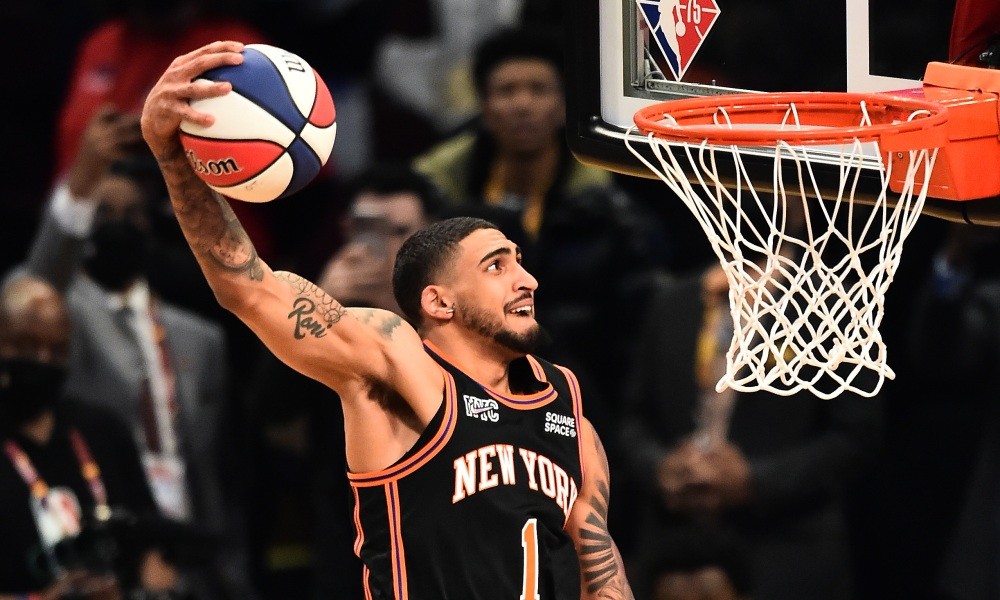 The NBA Dunk contest used to be the crème de la crème of the All-Star weekend. In some years the dunk contest was miles better than the All-Star game. 2016 Lavine vs Gordan or the Jordan free-throw line dunk, Vince Carter‘s iconic dunk contest, and even the Nate Robinson Dunk contest are some great examples of that.

The 2022 dunk contest however was just plain abysmal. Obi Toppin won the dunk contest and he did not even have to do much to win it. He put up some great dunks but overall in the competition we saw dunks that would not even make the list of the top 1000 dunks of all time.

The fans were not the only people that thought that, however.

Here is how the NBA reacted to the 2022 dunk contest

The 2018 Dunk contest champion, Donovan Mitchell tweeted out what every single one of us was thinking.

Since the 2016 Dunk contest, everything seems underwhelming. A bar set so high that only Aaron Gordan could jump over that. However, Donovan Mitchell is not one who only points out problems but also comes out with solutions.

Ja Morant is the king of ‘almost dunks’. However, seeing him participate in this competition and we might see what those dunks would look like if they went in. Even Kendrick Perkins seconded that notion.

Say lil homie @JaMorant we need to see you next in the dunk contest!!! Just saying… give the people what the want! Carry on…

JJ Reddick would be better at critiquing the 3 point contest than the dunk contest but he can sympathize.

I feel for everyone involved

He was one of the best shooters of all time but only dunked one time in his whole career. However, some fans believe even he could’ve won the dunk contest.

There were 2 of the greatest NBA legends in attendance Shaquille O’Neal and Dwayne Wade whose pure reaction was enough, to sum up, the contest.

If you thought Wade’s reaction was humorous, here is what Shaq’s reaction looked like.