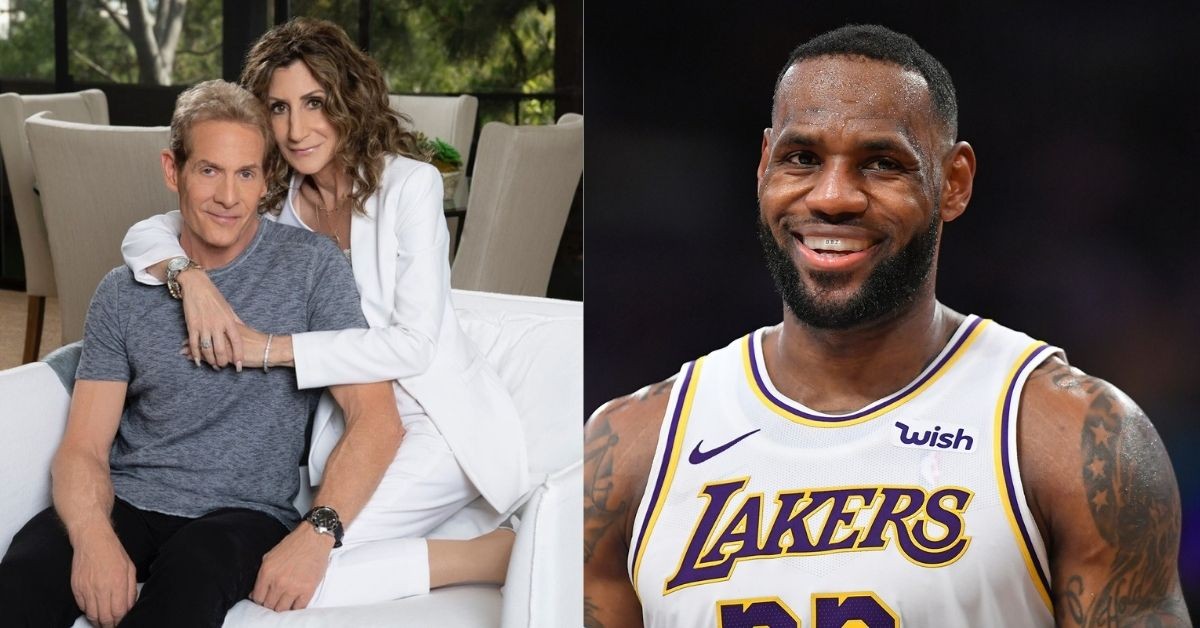 Skip Bayless is a well-known critic of LeBron James. He is also an influential member of the media. Skip was part of ESPN’s “First Take“. However, he soon left to form his own show, “Undisputed: Skip and Shannon”

LeBron James is a world-famous athlete. Skip was quick to establish himself as the biggest critic or hater of King James. He and his wife Ernestine Bayless were made to answer questions by the Fans on camera.

Skip argues that he never takes his work-life home. However, this is highly improbable. Skip’s opinion of LeBron would certainly impact Ernestine’s to some extent. However, she stunned everyone with her response.

Skip Bayless lost his No 1 Fan to LeBron James

Skip truly dislikes LeBron James with a passion. He argued that LeBron lacks the “Clutch Gene” that Jordan and Kobe supposedly had. Bayless has said that James is a horrible three-point shooter and even worse late-game free-throw shooter.

LeBron James may have had bad moments alongside his memorable ones. However, any rational person would notice Skip’s reasons to attack LeBron as simply nonsensical at times.

My wife and I have never spoken about LeBron James at home. So what does Ernestine think of the King? She answers here:pic.twitter.com/mhBIZisIsH

Skip’s wife Ernestine was asked what she thought of LeBron James. Skip pressed and asked her whether they engaged in discussions of King James, to begin with. Her response was crystal clear.

“ No, I don’t bring it up because I’m afraid I like LeBron I’m sorry I’m going to admit it… I think he’s done wonderful things by being a role model… but he seems to be a nice guy”

Ernestine went on to explain how she once saw LeBron but was scared to approach him as she was his hater’s wife. She knows all the great things he has done off the court as well. Skip was constantly trying to direct her response. Ernestine said, “he seems calm and seems like he tries”.

The bias in Skip made him mock that with a patronizing “he tries”. In fact, one could say he entered a patronizing tone and remained in it through her response. This shows his deep unchanging opinion of the King.

Whether Skip knew this prior to the shooting of the video is irrelevant. However, it is clear that King James has one more fan than he would like.