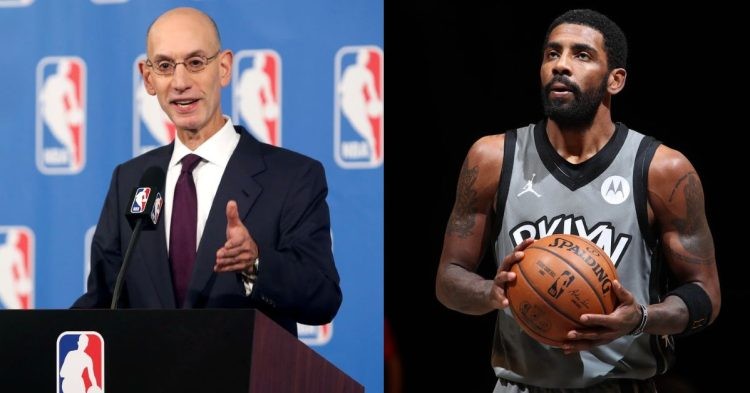 The pandemic’s impact on the NBA has been clear for all of us to witness. The NBA stopped the games for a considerable amount of time and the number of people testing positive for COVID-19 was increasing as days passed.

One of the biggest effects it had on the league was the vaccinations. Many of the USA’s states made it mandatory for everyone to receive a vaccine to make sure the league resumes safely.

According to a league memo obtained by @YahooSports, the NBA will not have a vaccine mandate in place next season, but will strongly suggest all personnel be up to date with vaccinations. Periodic testing of unvaccinated players could be allowed, pending discussions with NBPA

The NBA has decided that the vaccine mandate will be removed for the upcoming season. Although the NBA aimed at making sure everyone operating in the league would be safe, it came at a cost. The decision by the NBA sparked conflicts between people. Players started to refuse to receive the vaccine. One incident we are all familiar with is the one involving Brooklyn Nets star Kyrie Irving.

The world asked why Kyrie decided to not get the vaccine. “I am doing what’s best for me. I know the consequences here and if it means that I’m judged and demonized for that, that’s just what it is,” Kyrie believed that the choice of getting a vaccine should be left to each person.

Due to his stance on the vaccine mandate, Kyrie missed the first three months of the season. In New York, the teams in the city had to have players and staff vaccinated to play at a public venue. Hence, the 30-year-old did not play the home games for the Nets.

“I still wish I didn’t get it, to be honest with you… I did it, and I was an All-Star this year and champion, so that was the good part… I didn’t like that it was either get this or don’t play.”

Andrew Wiggins on getting the COVID-19 vaccine.

The Warriors star also admitted that a good thing came out of the decision to get the vaccine. He said, “I did it, and you know I was an All-Star this year, and you know, champion, that was the good part, just not missing out on the year, best year of my career.”

NBA’s decision to remove the mandate will surely help the players feel more confident. There are still players that have not received the vaccine. Now, they will not feel like their career is at stake due to their preference for not receiving the vaccine.