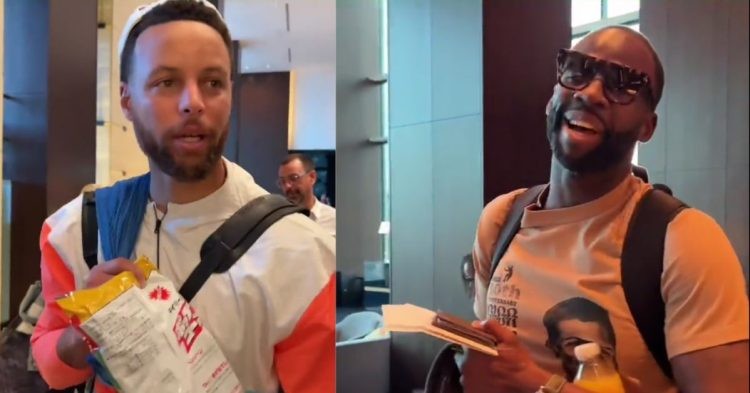 Stephen Curry and the Golden State Warriors are the 2022 NBA champions. Thus, they have been the center of attention this NBA offseason. Moreover, they are ready to participate in the NBA Japan games conducted in Tokyo.

Let’s do it! @StephenCurry30 @BTS_twt
The @warriors are playing in Tokyo on September 30 for the #NBAJapanGames.

Not many of us are familiar with how passionate Japanese people are about basketball. It would interest many NBA fans to know that Japan even has anime based on basketball. Therefore, they will be greatly excited to see Stephen Curry, Klay Thompson, Draymond Green, and the rest of the Warriors in action. We should wonder who the Warriors will be facing and how this matchup will turn out.

It would surprise many people to know that the defending NBA champions will be facing the Washington Wizards, a low-tier team from the Eastern Conference. They were somewhat relevant last season when they made the playoffs alongside Russell Westbrook and Bradley Beal. However, they failed to remain in contention this season and did not make the NBA playoffs.

Kyle Kuzma and Bradley Beal might just suit up to face the Warriors in the NBA Japan games. Moreover, the Wizards acquired Kristaps Porzingas this season in return for Spencer Dinwiddie from the Dallas Mavericks. He has shown to be injury prone and will be looking to redeem himself and make a name internationally in this game. However, it is still unclear how many of these stars will actually suit up.

The Warriors officially touched down in Tokyo ahead of their game vs. the Washington Wizards 🙌

They will all need to if they hope to steal a game from the Golden State Warriors. They say an animal is weakest after it has eaten and GSW won the title this season. Therefore, it is completely possible that they let their guard down and find themselves tailing in this game.

However, NBA analysts should learn not to bet against Stephen Curry. He has proven to be something else and an otherworldly revolutionary talent over the years. He is adored by Japanese and Eastern fans. Additionally, the Chef was also spotted with Korean Pop star Suga recently and seems to acclimatize to Eastern culture and people well.

In any case, we are in for a show and the people of Japan must be excited to witness NBA-level play in their country.