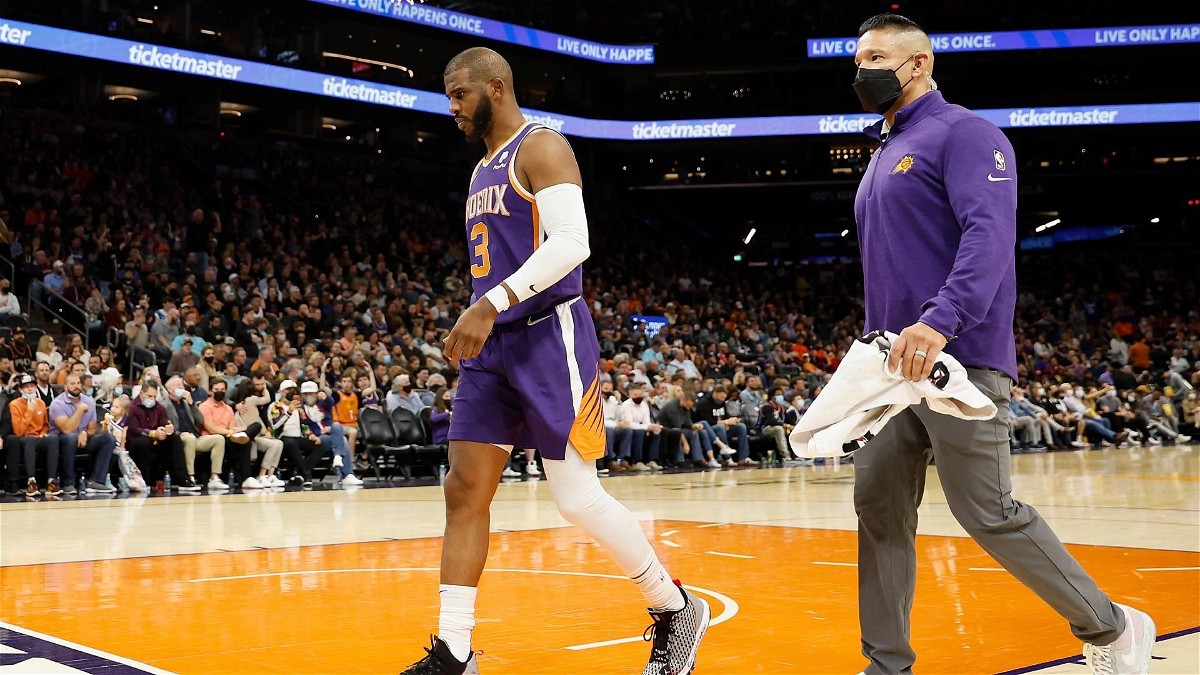 The Phoenix Suns aren’t just the best team in the Western Conference. They are also the best team in the entire league. The Suns could lose their next 7 games in a row and still be the number one seed in the whole league. Now that might have seemed unlikely a week ago, it was reported that Chris Paul will be out for 6-8 weeks.

Chris Paul is 36 years old, making him one of the oldest players in the league. However, that age has not stopped him from leading the league in assists. His points per game average have taken a dip but the overall wins are on the up.  Paul is also averaging 2 steals a game. This explains how the Suns are top 5 in offense and defense with Chris leading the line.

Chris Paul was set to represent Team LeBron in the 2022 All-Star Game. However, right before the game, it was reported that Paul will be missing almost 2 months with a broken thumb. There is even a picture circulating of Paul showing his broken thumb to Thomas and Stockton who he met in the NBA 75th Anniversary team meet-up.

BREAKING: Chris Paul has a thumb fracture and will be re-evaluated in 6-8 weeks, via @NBAonTNT

Chris Paul’s injury did not happen overnight. Hence, if the information was revealed earlier, another deserving player could have gotten that spot and probably have played in his first all-star game.

Paul did get on the floor tonight for what they called an ‘honorary assist’. However, in the 2 minutes that he did play he only logged one missed shot attempt.

Chris Paul coulda have given his spot to a deserving star but chose to play so he can get an “honorary assist”. What a troll lmao

The Fans online are furious with the way Paul has handled this situation.  Some events in this year’s all-star game have been devastatingly bad. And this part of the weekend is what gave it the most life. Paul will have about 2 months to think about what he did whilst he hopes the Suns keep the number 1 seed till he’s back.