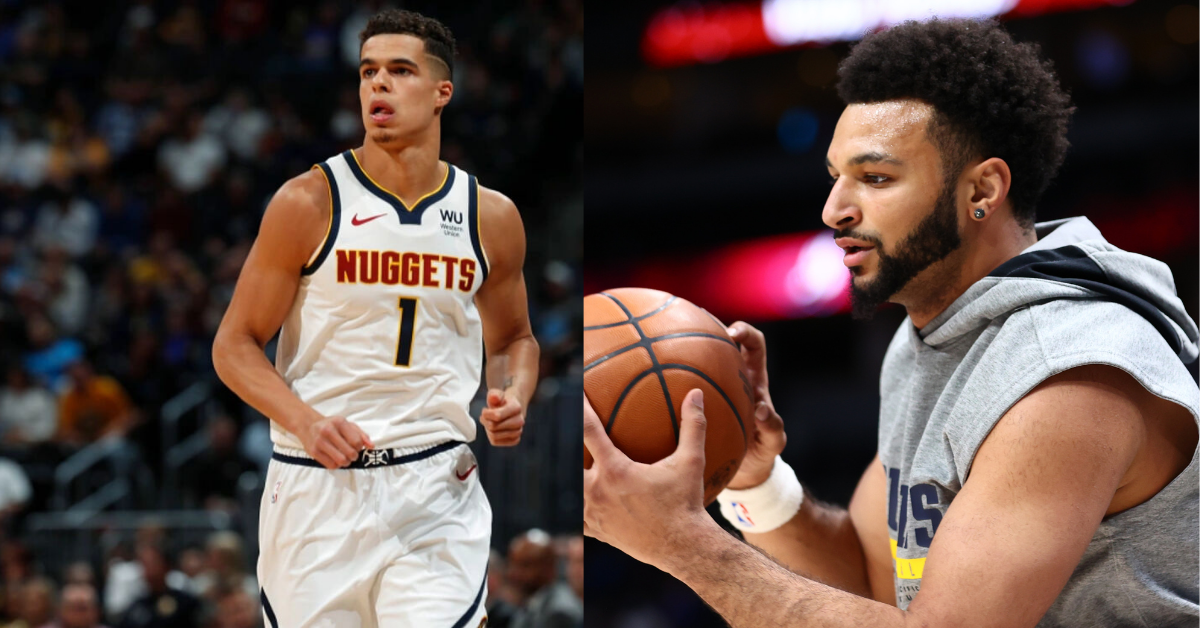 The Denver Nuggets are struggling in the playoffs as expected without two starters. There’s only so much Nikola Jokic can do when the opposing team had 2 of the greatest shooters of all time. In addition, a third-year budding star in Jordan Poole is only straining the situation for the Nuggets. Without Michael Porter Jr and Jamal Murray, they have tough times ahead.

They have 6 more games left in the series and we know better than to rule out Denver before it’s over. However, they need their entire quad to be fit and at its best to survive this series.

Michael Porter Jr. could return in the first round

MPJ’s scouting report was filled with caution about his injuries. He missed out on college basketball and still went on to become a lottery pick. He proved himself and earned a starting spot with the young Denver Nuggets. Micahel was part of the trio that forced its way to the conference finals in the bubble.

His back ailment kept him from playing more than 9 games this season. He has been rehabbing and plans to return before the end of the first round against the Warriors. However, returning to playoffs intensity after missing nearly the entire season for an injury-prone player is questionable.

Injured Nuggets forward Michael Porter, Jr., tells @andscape that he is not ruling out a return in the first round playoff series against the Warriors. https://t.co/omJ7aZ9EhR #nba #NBAPlayoffs #nuggets #warriors

Denver has many more years of title runs left in them. The reigning MVP Nikola Jokic just entered his prime and Jamal Murray is a scoring beast. Micahel Porter Jr.’s defense jell perfectly with this duo. They will be feared in the near future but for that, they need to look at the bigger picture. Having Jamal Murray and MPJ make a hasty return to only make the second round at best is not the wisest decision.

They head back to Denver to host the Warriors with some home-court advantage in Game 3 after two straight losses.