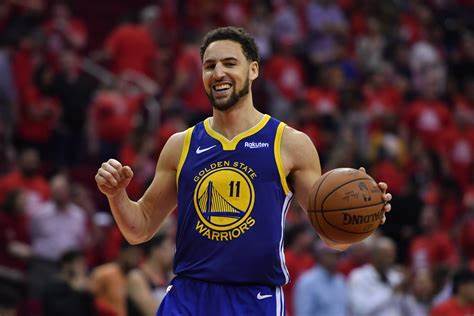 Klay Thompson returned to the court after 941 days hiatus. He was out due to an injury he suffered in the 2019 finals and then again suffered from an ACL during practice in 2020.

He missed two straight seasons. However, he finally returned to the court on 10t January against the Cleveland Cavaliers. He did show some rust in his game but ended with 17 points.

In his return, he did miss some shots that he would normally make but the rest of everything looked good. He even posterized the Cavs Lamar Stevens.

Klay Thompson has only played 6 games since he has returned. In those 7 games, he has averaged 14.7 points per game on 30% hooting from behind the arc and 37% shooting from the field.

The 3 times NBA champion has again found himself out of the lineup. He is feeling soreness in his left knee. Generally, the soreness will vanish within 4-5 days.

However, he is feeling soreness on his knee which was injured during the 2019 NBA finals. This is scary for the Warriors and for Klay himself as the injury happened almost 2 years ago.

Even though he reported to the team doctors, there hasn’t been any development on his status. Head coach of Golden State Warriors, Steve Kerr did not give any reason on why Klay did not practice.

He will also remain questionable against the Mavs and will most likely not play. As the Warriors will try to be as careful as they can with their star Klay Thompson.

James on the vertical climber machine while Klay rides the stationary bike. Luke Walton is in there chopping it up with Andre as well.

Klay didn’t practice today and is listed as questionable for Tuesday vs. Dallas. pic.twitter.com/08pdxj89IC

These injuries have also sidelined the star on the defensive end. Steve Kerr told the media that it’ll be Wiggins who will be guarding the opposing team’s best player.

As we know the history of the Warriors, Thompson always took on the best offensive player of the opposite team. However, Kerr also mentioned that there is more than 1 dangerous player in a team.

Thus Klay will have to guard them in the upcoming games. We can only hope that this injury is not serious and that Klay will be back on the court as soon as possible.