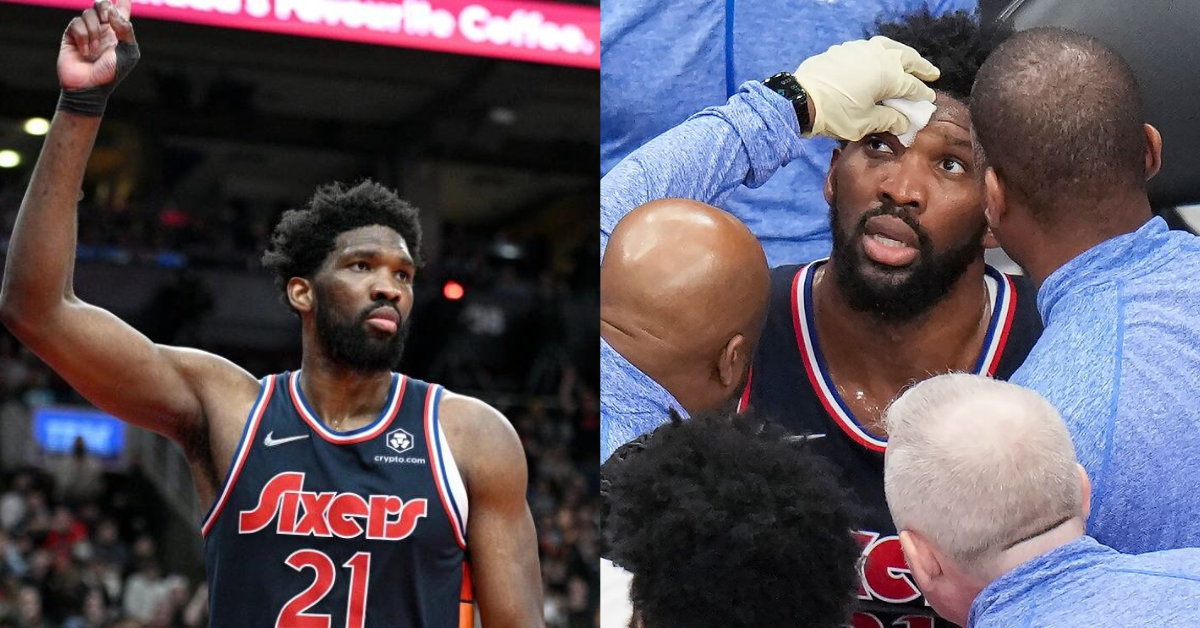 Philadelphia won round one against the Toronto Raptors but left the series with Joel Embiid picking up an injury. His injury has caused the  76ers to be down 0-2 in the series as James Harden has not been able to lead the team. But Embiid’s status for game 3 is looking a lot more promising.

The Philadelphia 76ers are a team that was filled with storylines. There was the Joel Embiid MVP race, the Ben Simmons trade saga, and the Harden-Embiid era. They all gave shape to Philly’s season and what we see today is a result of that. They won the first round of the NBA playoffs but are currently down 0-2 to the Miami Heat.

In the closeout game, Game 6 vs the Raptors, Philly was nearly up 20 in the 4th. Pascal Siakim drove into the paint where Joel Embiid caught a huge elbow in the face.

The play where Joel Embiid got injured pic.twitter.com/GYWDUxupoU

The Big Man from Cameroon suffered a concussion and a broken orbital bone. He was willing to return in Game 1 but was advised to sit out which would help him in the long run. However, in the 2 games he missed, the Miami Heat bullied the Philadelphia 76ers and are up 2-0 in the series. They lost game 1 106-92 and lost game 2 119-113. James Harden was never the best scorer on the team and that’s why Philly never took a game.

Doc Rivers said he knows Joel Embiid is doing “a lot better” and “did something” yesterday.

Added “I don’t want to give any false hope, so I’ll stop there.”

However, Doc Rivers has given a glimmer of hope to 76ers fans as Joel is looking a lot better. Signs suggest that Joel Embiid will suit up in game 3 of the Eastern Conference semifinals. That is what they need because without him, Miami could realistically sweep the 76ers.

James Harden is either declining in front of our eyes or his hamstring issue is worse than we thought. Regardless, without Joel Embiid, Harden looks harmless. Will Embiid bring some life back into this series? Or is Philadelphia’s fate set for the series?

UFC 274 Walkout Songs: List of Songs Justin Gaethje, Charles Oliveira, Tony Ferguson Have Used for Their Walk-in to the Octagon