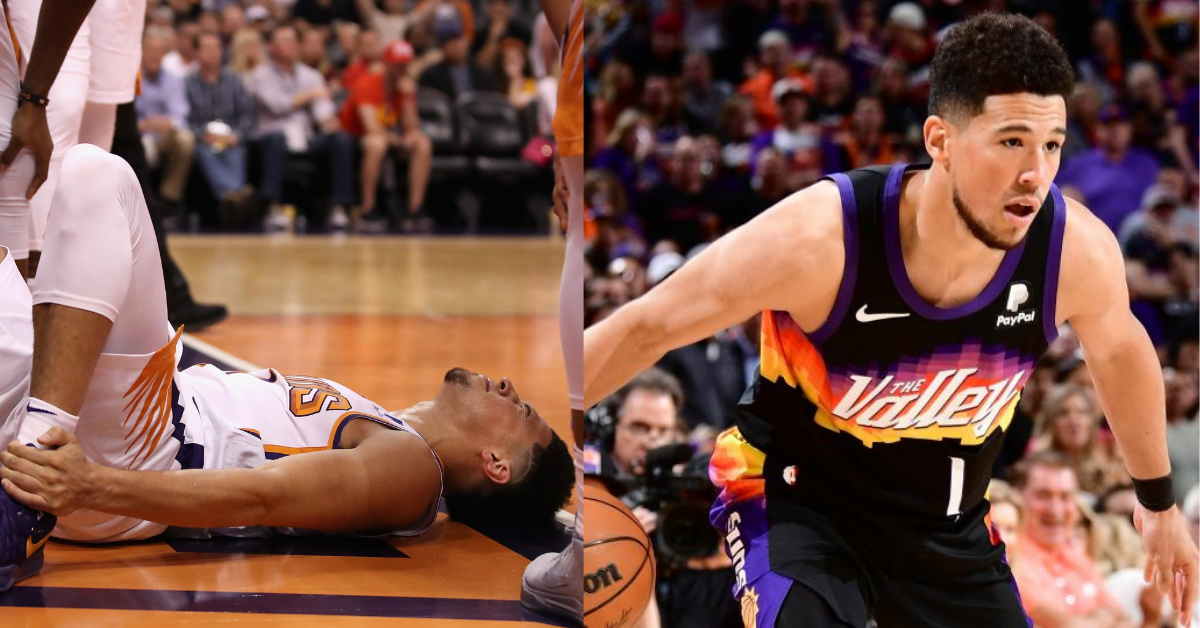 The Phoenix Suns were the favorites to win the NBA championship this season. But with Booker’s strained hamstring in Game 2, the odds will change significantly. They entered the playoffs after a historic performance in the regular season. They went on an 18-game win streak to take the #1 spot. Devin Booker had a huge role to play in that achievement.

Many fans expected the first-round series to be a clean sweep. However, there has been a grim development in the valley. The series is now tied with New Orleans Pelicans having home-court advantage in the next two games.

Devin Booker will not return for 2-3 weeks

He was easily the most valuable player for the Suns offensively. They have been without him for an extended period in the regular season. But the playoffs are a different story altogether. He was on pace to have a high-scoring game with 31 in the first half in Game 2. But the injury occurred soon after and he never returned to the court.

According to the MRI reports, Booker suffered a hamstring strain that will keep him out for over 3 weeks. He will most likely return for the Conference finals if at all Phoenix Suns manage to reach there. With the series tied, they need others on the roster to step up offensively. Replacing their top scorer will not be easy but the only way for the Phoenix Suns to keep their championship dreams alive.

Game 3 will take place Friday night in New Orleans after a massive loss in Game 2 after Booker’s departure. Brandon Ingram is dropping 30+ in his first playoffs. In addition, the veteran presence of CJ McCollum has really turned things around for the Pelicans.