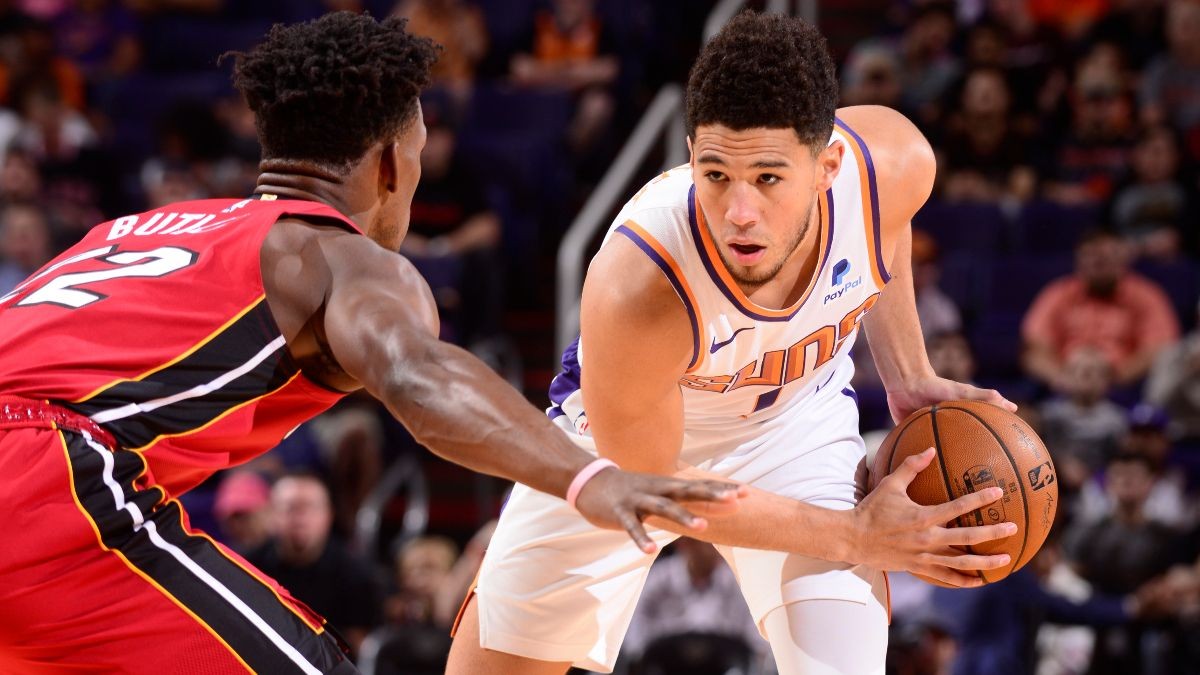 The Phoenix Suns have been the best team this season and it’s not even close. The reigning Western Conference Champions of the Phoenix Suns are not settled in the loss they were handed in the NBA Finals. Devin Booker, Ayton, and Paul led the line for the Phoenix Suns to win over 50 out of the 65 games they’ve played this season. However, with the NBA playoffs just around the corner, the Suns are missing their stars.

Chris Paul has been injured since the All-Star break. Devin Booker has recently missed the last few games due to Covid protocols. He missed last night’s game against Orlando. However, tonight the Suns are playing the Heat and genuinely need Booker to have any chance to win.

Is Devin Booker playing in the game of the best teams in the East and West?

The Suns are already handicapped with Paul out. However, Devin Booker will be making a return tonight against the Miami Heat. That’s the best thing for the sake of the Suns and the intensity of the competition. Devin Booker is averaging 26 points per game this season and is leading the Suns with his heavy scoring production. Having Booker back in the lineup of a top 5 offensive and defensive team in the league will surely put some fright in the shoes of the Miami defenders.

The Suns have not slipped down the rankings like some of the other teams even though they’ve lost significant talent recently. However, since Paul has sat out the Suns have won 4 games and lost 3. That is not a bad record but there are signs of an eventual fall if the Suns cannot work around it.

Will Devin Booker put on a statement performance for the rest of the league tonight? Or will he show signs of rustiness due to his time off the court? For that, we need to tune in tonight.