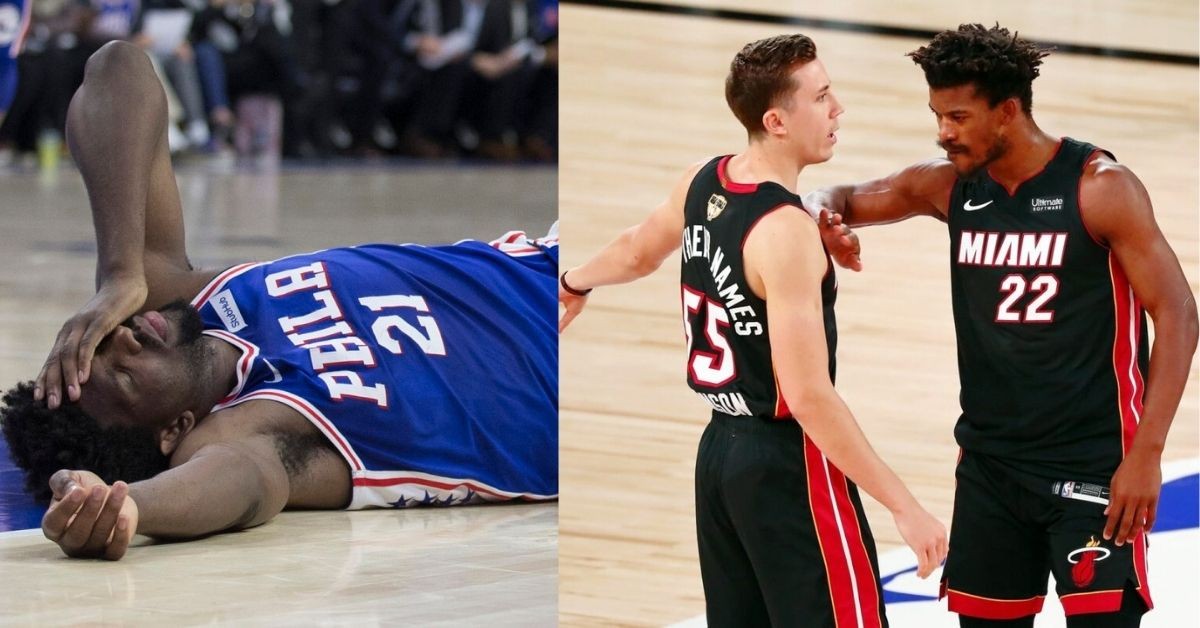 Joel Embiid, James Harden, and the Philadelphia 76ers have made it to the second round of the Eastern Conference. Here, they face Jimmy Butler and the Miami Heat. The 76ers managed to hold off the Toronto Raptors and win in 6 games. They initially had a 3-0 lead at the beginning of the series. However, the Raptors managed to win both games 4 and 5 to force a game 6.

Joel Embiid suffered a significant injury to his face as the 76ers eliminated the Raptors in game 6. It was an elbow to the face from Pascal Siakkam occurring with around 3 mins to go in the 4th quarter, one that caused an orbital fracture in his eye socket and gave him a mild concussion. Therefore, This made the series win bitter-sweet as Joel Embiid is compromised for the rest of the 76ers run.

Joel Embiid will not play in game 1 vs Miami Heat

The Miami Heat are one of the most defense-oriented teams in the league. It is highly unlikely that we will see Embiid suit up for game 1 of the series. Orbital fractures to the skull area are severe injuries. Therefore, Embiid might not be close to himself for a while now. The injury has happened at the worst time for the Philadelphia 76ers. They must now face the Miami Heat without both home-court advantage or their best player.

There is more pressure on James Harden. He has been fluctuant in terms of efficiency this season and postseason. Additionally, Harden asked for a trade to the 76ers as he believed the Nets were a lost cause. He will have to play his best basketball if he has any hopes of getting his team past the Miami Heat.

The Miami Heat have Jimmy Butler and Bam Adebayo. Without Embiid for games 1 and 2 on the road, the 76ers are against the odds. James Harden will have to carry the offensive load, while the entire 76ers carry the defensive load that Joel Embiid’s absence will create.

Sources: 76ers All-NBA star Joel Embiid suffered a right orbital fracture and mild concussion in series-clinching Game 6 win last night in Toronto. He will be listed as out and there is no timetable for his return.

Hopefully, Embiid gets healthy soon and we can see him back again on the court.