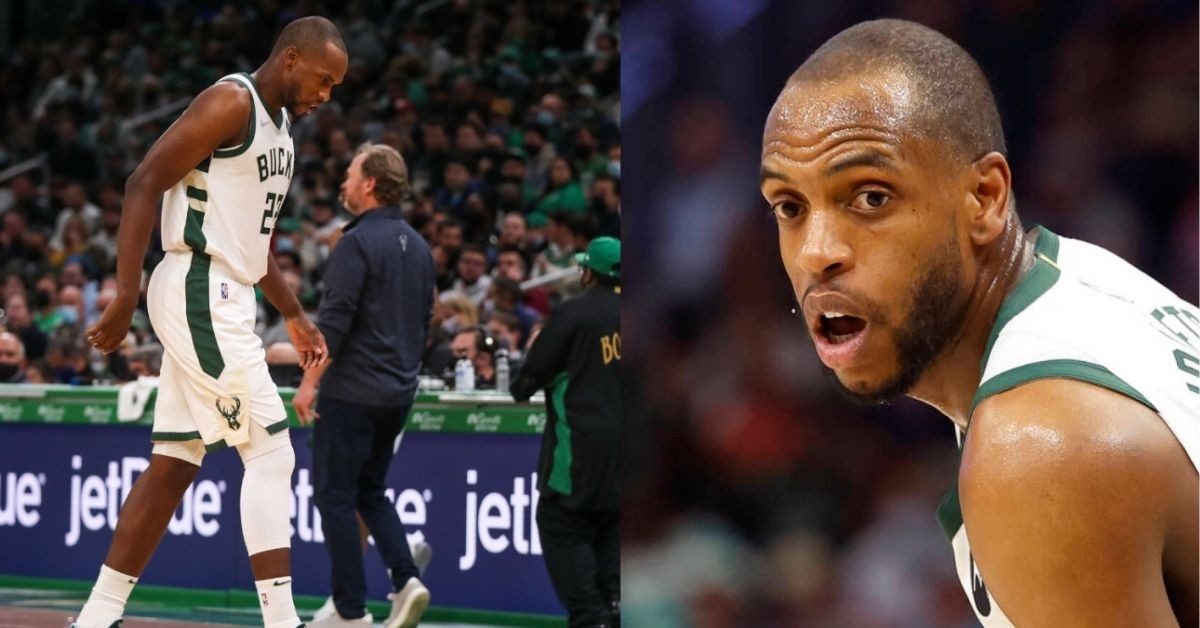 Khris Middleton left the court in Game 2 of the first round against the Chicago Bulls never to return. The Milwaukee Bucks released an update on his progress which did not serve any purpose as his return is still up in the air.

The Greek Freak led his team past DeMar DeRozan’s Chicago Bulls in only 5 games. The season has been rather tumultuous for the defending champions. They are not the clear favorites to win it all but the statement win in Boston in the conference semis is clearly working in their favor.

The series is currently tied 1-1 and the two teams will face each other for Game 3 in Milwaukee to take the lead. The short-handed Bucks already gave the Celtics a loss and with the home-court advantage, it should be easier.

Khris Middleton will not return in the series against Boston Celtics

To watch their all-star Khris Middleton in action again, Bucks fans have to wait till the Eastern Conference Finals if they make it at all. Giannis Antetokounmpo will have to carry them past Jayson Tatum and co without his star teammate.

Middleton suffered a Grade 2 MCL sprain, something a lot of players have experienced this season. It took down Kevin Durant, Ja Morant, Stephen Curry, and several others. But the absence of Khris in the playoffs is very detrimental to the Bucks.

Here is the medical update on Khris Middleton from the @Bucks: pic.twitter.com/Scyg7ym54X

The Bucks front office released an official update on their no. 2 option which did not serve any purpose. They is no clear return schedule for Khris Middleton yet. The Athletic’s Shams Charania believes that he will be ready if at all the Milwaukee Bucks get past the Boston Celtics and make their second consecutive trip to ECF.

The left MCL injury of Bucks All-Star Khris Middleton is a Grade 2 sprain and he is expected to miss the entire second-round series vs. Celtics, sources tell @TheAthletic @Stadium. The recovery of Grade 2 MCL places a potential Conference Finals in jeopardy for him as well.

This second-round series is going to be a dog fight between the Celtics and the defending champs even though the latter is short-handed. Giannis Antetokounmpo is an MVP frontrunner this season and very well capable of leading the Bucks to a victory or at least pushing it to seven games.