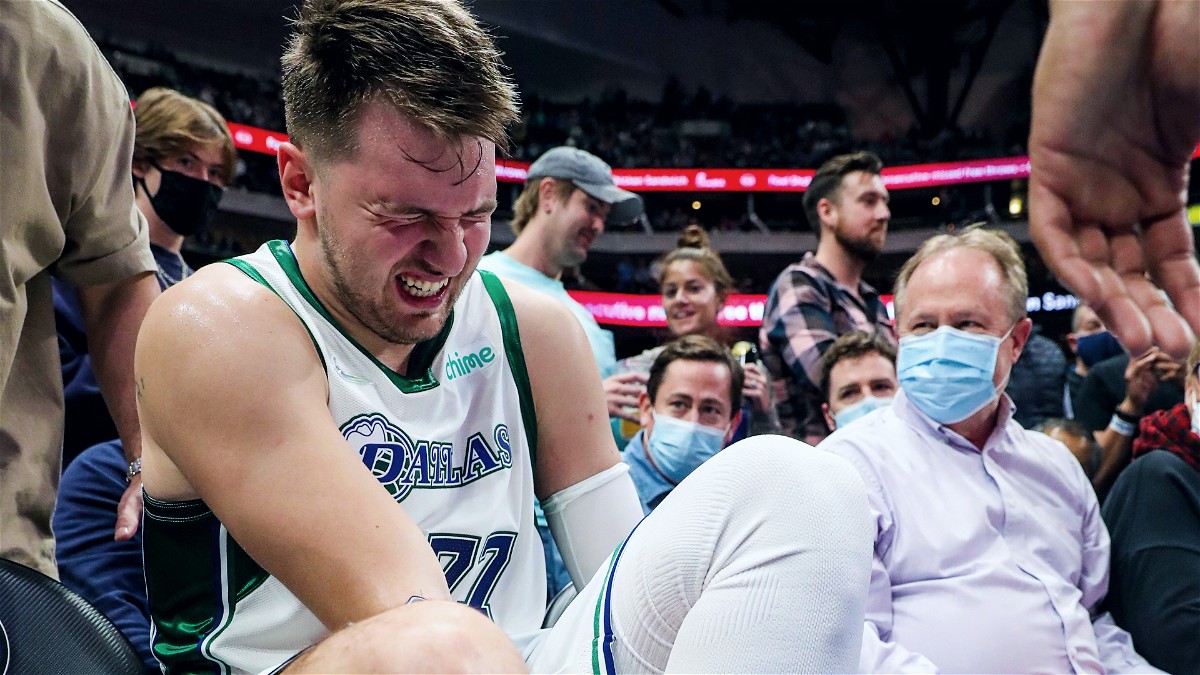 For Dallas Mavericks fans, the last week has been spent constantly scrutinizing a left calf muscle. That left calf belonging to none other than their 3-time All-Star and their biggest hope in the playoffs. Luka Doncic and the Dallas Mavericks ended their regular season successfully, securing home-court and a top 5 record in the league. But they never anticipated kicking off the playoffs without their star act.

Going all-in for the 3rd seed, the Mavericks opted not to rest Doncic for their final game of the season. Playing against the San Antonio Spurs, the Mavs got the job done and secured a season sweep against their rivals. But the game may have cost them more than anticipated.

Doncic continued his MVP-calibre form, exploding for 26 points, 9 assists, and 8 rebounds. But an awkward landing in the third quarter saw him limp out of the game. He did not return to the game that night. And his injury was later confirmed as a left calf sprain.

Luka Doncic will sit out game 1

While the Mavericks have been ambiguous about Doncic’s availability all week, and have kept things under wrap, it is their announcement that is most optimistic. NBA insider reporters, Shams Charania and Adrian Wojnarowski both effectively ruled out Doncic for game 1 against Utah Jazz.

Wojnarowski went on to report Doncic would probably only be fully fit till game 4. However, the Mavericks are yet to rule him out for the opening game of the playoffs.

Luka Dončić (left calf strain) is doubtful for Game 1 against the Jazz.

Likewise, coach Jason Kidd also remained vague about his superstar’s availability. “We’ll see,” Kidd said. “He’s in great spirits today. We’ll see how his body feels tomorrow. We’ll prepare with him, and then we’ll also prepare without him.” The Mavericks have continued to state that they will treat the injury on a day-to-day basis and don’t intend to rush the recovery.

In view of the same, Kidd is now preparing for a game without his primary scorer and creator. Mavs fans will feel reassured by the duo of Jalen Brunson and Spencer Dinwiddie proving to be able creators and scorers. The two in tandem have led the Mavericks’ second unit multiple times and performed at a level good enough for the playoffs.

Mavs playmakers w/o Luka this year

— Don’t count Dallas out yet. pic.twitter.com/zJEov95WS6

Dallas may finally have help for Luka, except the help is the main act this time around. Can they come up clutch at home against the Utah Jazz in their playoff opener?

“How Many Statues You Got?”- Shaq and Charles Barkley Get Into It Again Over The Number of Statues They Have