NBA Injury Report: Will Luka Doncic Play in Game 1 Against the Utah Jazz? 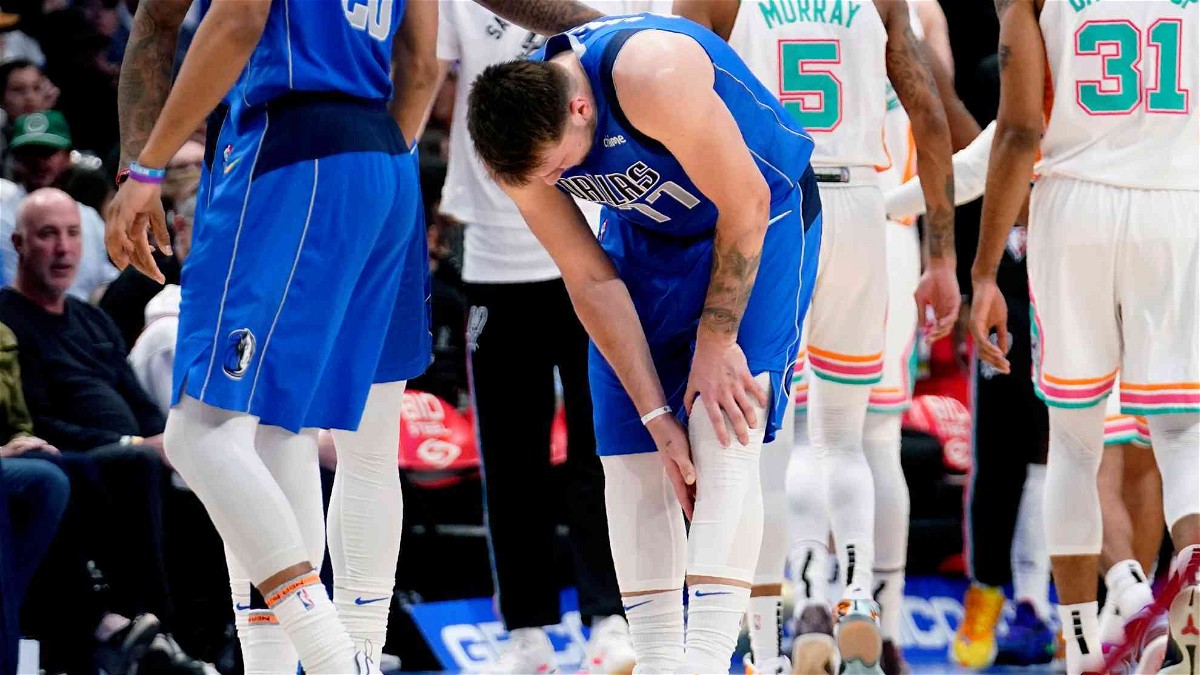 The Dallas Mavericks led by Luka Doncic finished as the 4th seed in the Western Conference. Alongside that, they secured the 5th best record in the entire league, hence establishing themselves as firm playoff favorites. But winning their final regular-season game against the San Antonio Spurs kept them in contention for the 3rd seed.

In the race for the 3rd seed against the Golden State Warriors, the Mavericks had to win the game to potentially upstage the Warriors. And they went for it. Aiming to take advantage of the easier bracket that the 3rd seed offers. And in a decision that they might go on to rue, they played Luka Doncic in a seemingly low-stakes game.

Although the Mavericks won the game comfortably, a third-quarter incident may prove costlier than even 3rd seed. Their 3-time All-Star, having played 29 minutes and well on his way to another triple-double landed on the wrong foot on a play.

“It looks like it’s something with his left leg, when he jumps he favors the left leg and doesn’t land on it instead he chooses to land on the right leg,” @Nunez_MarcoA tells me.#MFFL #NBATwitter #NBA75 pic.twitter.com/79ldF2XAqA

The 23-year-old limped out of the game on his own, which is a good sign for Mavs fans, but did not return for the night. He completed the game with 26 points, 9 assists, and 8 rebounds to his name.

Fans on social media have been in a frenzy ever since with their playoff performance in the balance. The Mavericks management has not obliged and offered up any clarity with regards to his availability so far and has kept fans guessing. However, they confirmed a strained left calf for him. They further asserted no timetable was set for his recovery.

The latest regarding Doncic: https://t.co/bEFYKs2gmk

However, Shams Charania of The Athletic has cited sources and announced a probable Luka-less first game in Dallas. But the Mavs have not officially ruled out Luka Doncic. And we continue to await further correspondence from the Dallas Mavericks. Fans across the league are keen on seeing what the young European all-timer does in his third playoff appearance.