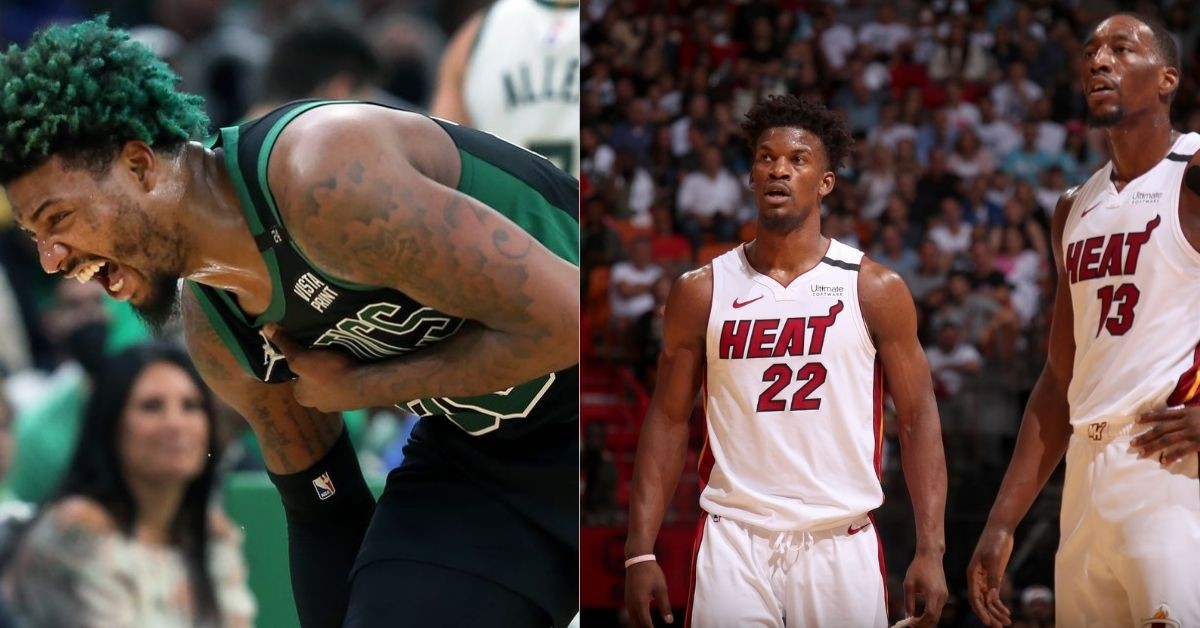 Marcus Smart, Jayson Tatum, and the Boston Celtics face the Miami Heat in the Eastern Conference Finals. Smart has been pivotal for the Celtics in their deep postseason run. He has earned his reputation on the defensive end of the floor.

The Boston Celtics are down 2-1 to the Miami Heat. However, the defensive player of the year was injured in game 3 with a swelling in his right ankle. He is instrumental to the Boston Celtics winning game 4 and avoiding a 3-1 deficit.

Marcus is the defensive anchor and playmaker for the Boston Celtics. Therefore, his play allows Tatum and Brown to devote more energy to the offense. He was facing another injury a mid-foot sprain and did not play game 1.

Smart returned for game 2 and scored an impressive 24 points 12 assists and 9 rebounds. Therefore, the Celtics won game 2 with a final score of 127 to 102.

He has been diagnosed with a  swelling in his right ankle. Smart will be diagnosed further. The Miami Heat play gritty defense and the Celtics will need to match fire with fire. Additionally, Kyle Lowry and PJ Tucker have returned for the Heat.

This series has had both sides impacted with injuries. Therefore, it is almost impossible to predict it. However, Smart is more valuable to the Celtics than Lowry or Tucker to the Heat.

Marcus Smart has some swelling in his right ankle that he rolled in Game 3, Ime Udoka says. “We will see how he feels tomorrow.” Adds Robert Williams (knee) has improved and the team will know more about his status on Monday.

To make matters worse, he is constantly getting injured. This is the price of overexerting one’s body and making physically taxing plays. The pressure is now on Jayson Tatum.

Tatum had an awful game 3. He scored only 10 points 6 rebounds and 4 assists. This will not cut it in the postseason. Additionally, he shot only 3 of 14 shots and 1 of 7 three-pointers. Therefore, the Celtics lost game 3.

Marcus Smart played for 37 minutes of this game. Additionally, he scored 16 points, 7 assists, and 4 rebounds. Jaylen Brown scored 40 points. However, all of this was in vain as the Celtics gave up their home-court advantage, and had their starting guard further compromised.