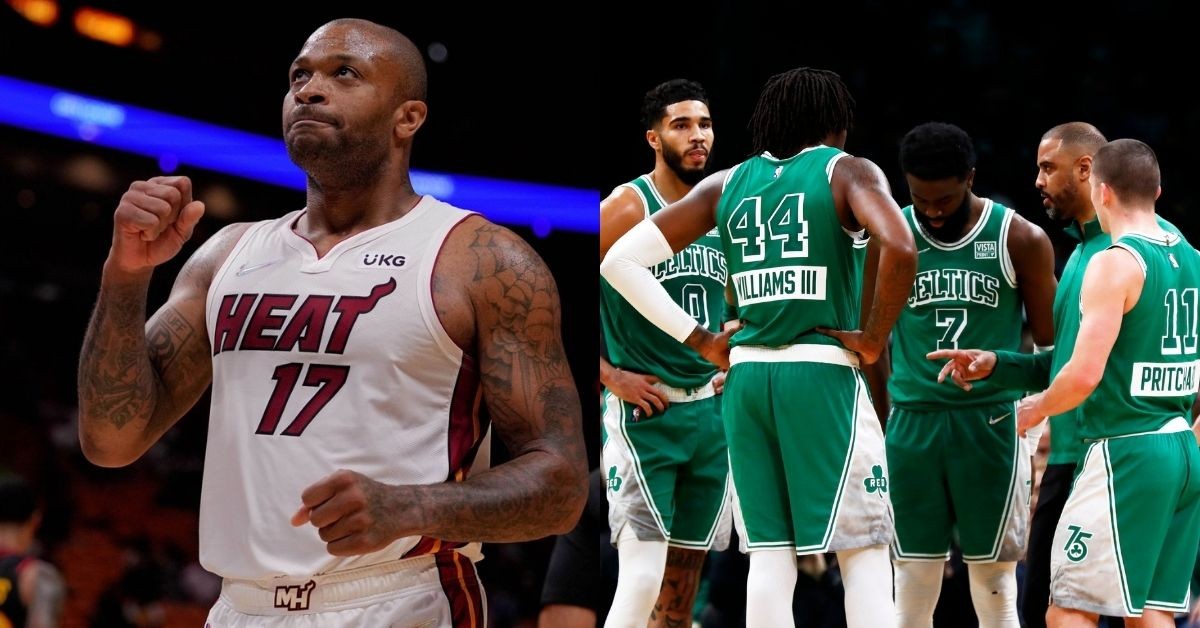 Jimmy Butler, PJ Tucker, and the Miami Heat face the Boston Celtics in the Eastern Conference Finals. The Heat-Celtics series is tied at 1-1. This occurred due to Boston stealing game 2 on the road. The series now heads to Boston for games 3 and 4.

PJ is one of the few players on the Heat with championship experience. He is an extremely tenacious defensive player. Tucker played a significant role in the Milwaukee Bucks winning the NBA championship last year.

Tucker seemed to injure himself in game 1 of this series. He twisted his knee the wrong way during the second quarter. He played in game 2. However, he had scored only 5 points in 22 minutes.

PJ Tucker is not expected to play in game 3

PJ is a veteran in this league. He is 37 years old. Additionally, he has always exerted himself tremendously on the court. It is quite rare for noncontact injuries to be very serious. However, after sustaining the injury he played out game 1 and a part of game 2.

Reports say that he is taking an MRI for his knee contusion. This prevented him from staying on the court for game 2. He was seen moving away to the locker room. The Heat is not in a favorable situation. Tucker is one of the few players capable of guarding Jayson Tatum. He will be missed by the Heat.

Jayson Tatum and Jaylen Brown have elevated their play this season. Additionally, Marcus Smart seems to have recovered based on his play in game 2. Therefore, the Heat now has its back against the wall.

Miami does not have the two veterans it traded for this season. Therefore, they are shorthanded to face the Boston Celtics. The Celtics are simply more talented at this stage. They have two star two-way guards in Brown and Tatum. Therefore, the Heat are now at a disadvantage due to these injuries.