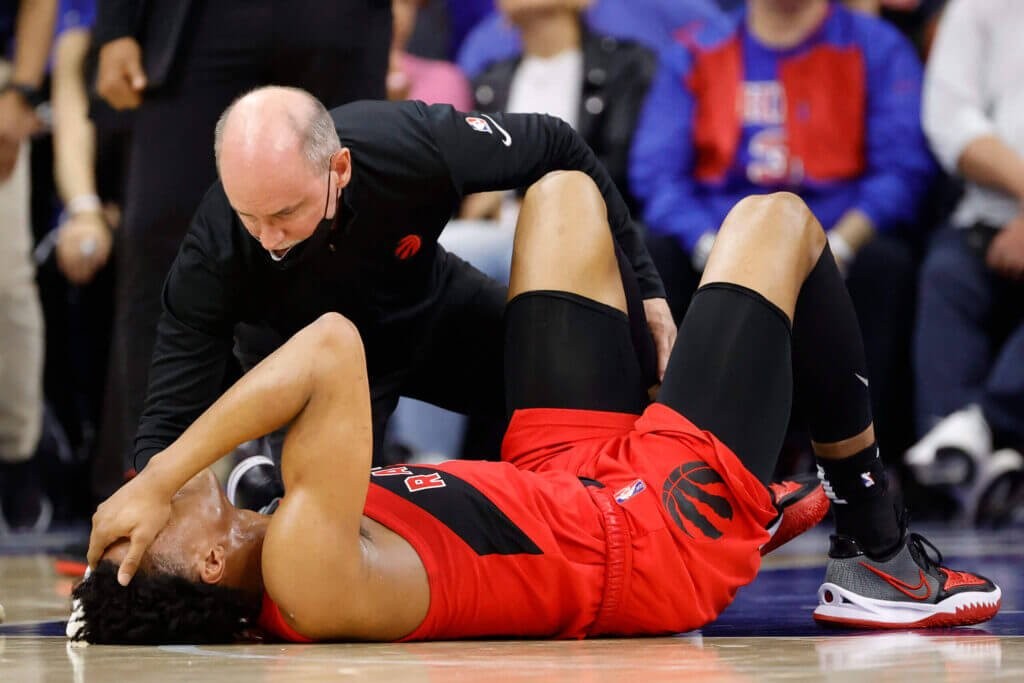 Scottie Barnes has enjoyed an incredible start to life in the NBA with the Toronto Raptors. The number 4 overall pick played 74 games and was crucial to the Raptors’ success in the regular season. He has averaged 15.3 points per game, 7.5 rebounds, and 3.5 assists throughout the season.

Barnes slotted seamlessly into the starting 5 and was part of the Raptors’ turnaround in form. Languishing in the Play-In spots, a late-season charge with 8 wins in their last 10 games ensured the Raptors finished in a guaranteed playoff spot. And with the faltering Chicago Bulls and Cleveland Cavaliers’ sides, they managed to snag 5th seed too.

That matched them up with the 4th seed Philadelphia 76ers, one of the title favorites. Going in as the underdogs the Raptors fought hard on hostile territory but could not contain the duo of Joel Embiid and James Harden. And the 38-point effort from Tyrese Maxey added to that put the game far beyond the Raptors’ reach.

However, their misery was further compounded when Joel Embiid stepped on Scottie Barnes’ ankle leading to a twist. Subsequently, Barnes subbed out of the game after an incredible playoff debut with 15 points, 10 rebounds, and 8 assists.

Scottie Barnes is doubtful for Game 2 against the Sixers

The rookie was diagnosed with a sprained left ankle after undergoing an MRI on Sunday. He did not return for the remainder of Game 1. With the series in the balance, and the Sixers looking to put it to bed as soon as possible, the Raptors need all their personnel. They are already missing Thaddeus Young due to a left thumb hyperextension.

Raptors coach Nick Nurse says Scottie Barnes will not play tonight, Gary Trent remains doubtful and Thaddeus Young is “probably doubtful,” but is going to try to work with the training staff to get his sprained thumb in a place where he can play.

The Raptors head coach, Nick Nurse, confirmed that Scottie Barnes will sit Game 2 out. If the Raptors want to have a fighting chance this series, they would want to avoid risking the Rookie of the Year finalist just yet.