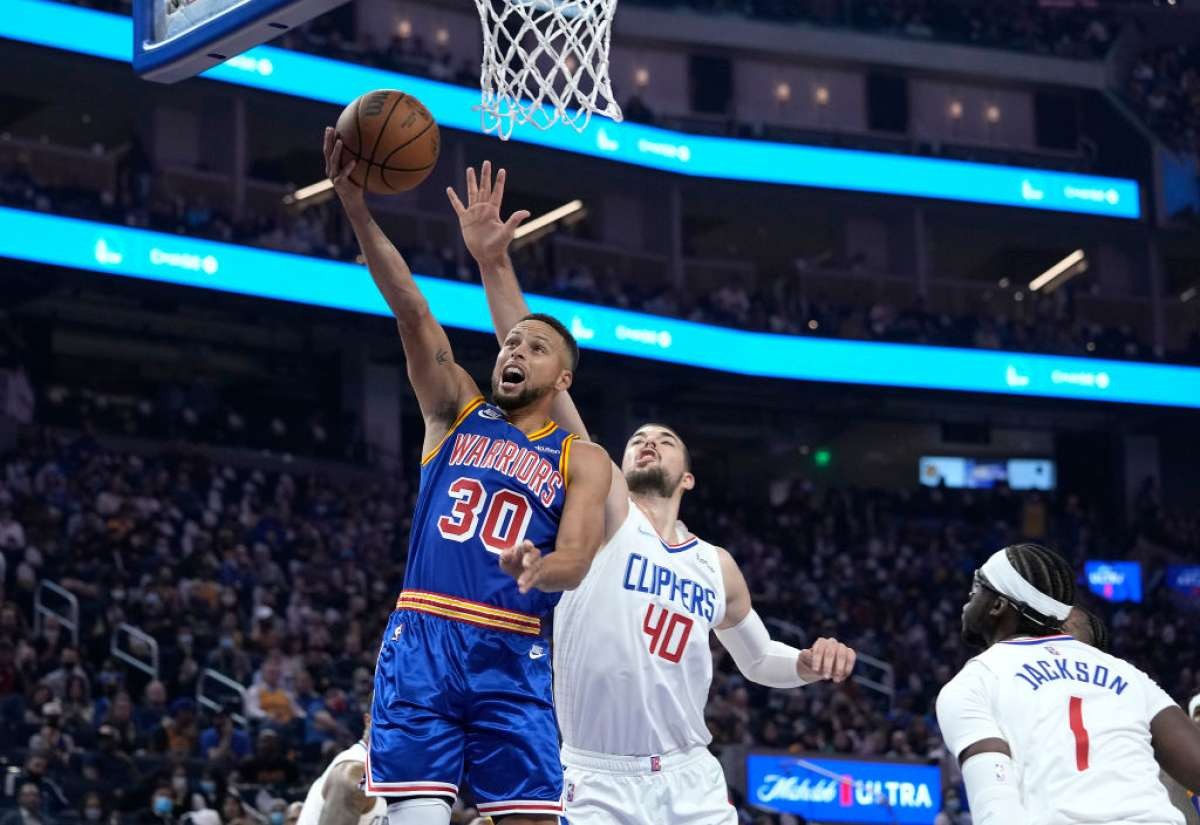 Stephen Curry has had a great 2021-22 NBA season so far. The Golden State Warriors are one of the best teams in the league. However, they are currently in the worst form in the NBA and could see themselves falling to the 4th seed if this continues.

Curry is who kept this team afloat and now Curry is the only man who can keep this team relevant. In the last 11 games, the Warriors have won just 2 and are currently on a 5 game losing streak. The last loss came against the Nuggets. This game was a rescheduled game where Steve Kerr did not take Klay, Wiggins, and Curry to Denver to keep them rested. That’s 2 All-Star starters and one former all-star out which gave the Warriors no chance. However, is Stephen Curry playing against the Clippers?

Will Stephen Curry be available to suit up against the Clippers?

The Warriors are currently leading this season series 2-1 and would need to win tomorrow. Curry sitting out last night with an ‘injury’ was just a cover to keep their stars from playing back-to-back games. Hence, it’s no surprise that Stephen Curry will be playing against the Los Angeles Clippers tonight.

This season Curry is averaging 37 points per game against the Clippers and is surely going to continue that decimation of the Clipper’s defense. However, that might not guarantee a win anymore for a Warriors team that cannot catch a break. Ironically, the entire fall off for the Warriors came after their loss to the Clippers on Valentine’s day i.e. 14th February 2022. Maybe beating the Clippers tomorrow night could end their streak of bad luck the way it began.

Stephen Curry, like the Warriors, has been slipping out of MVP and All-NBA first-team conversations. These would all be irrelevant if the Warriors don’t win. However, if Curry begins to play like an All-NBA and MVP player again it would inadvertently help the Warriors get a higher seed.

Will Stephen Curry play the Warriors out of this bad losing streak? or will the Warriors keep sinking the standings? We can not wait to find out how that game unfolds.