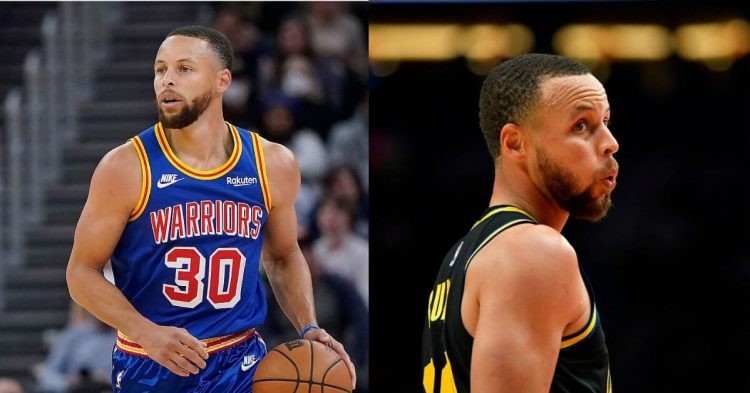 Boston Celtics took a 2-1 lead in the 2022 NBA Finals against Golden State Warriors. Although Stephen Curry got injured, Dub Nation lost the game 3 long before the unfortunate incident took place. However, the team is optimistic about his availability in Game 4 in a bid to level the series at 2-2.

Unlike the Celtics, Golden State has been unsuccessful in stealing a game on the road so far. They trailed throughout the game last night even though Stephen Curry dropped 31 points. In addition, Klay Thompson shot much better than in the first three games combined but that wasn’t quite enough. With the home crowd cheering Boston’s role players stepped up big time for the series lead.

Warriors closed in on the Celtics in the third despite a double-digit lead at halftime. However, maintaining it in the final quarter has been an issue in the Finals as Stephen Curry is benched. Steve Kerr checks him in around the 7-minute mark and earlier if the Warriors really need him.

Stephen Curry got injured with just over 4 minutes left in the game last night. Al Horford fell on his left leg and he was wincing in pain. However, he continued playing which is a good sign for Game 4 as well.

According to The Athletic’s Shams Charania, there is optimism that Curry will suit up for Game 4 in TD Garden this Friday. He is not undergoing an MRI which is a positive sign sigh for Dun Nation. He is set to attend afternoon practice to avoid being down 1-3 in the NBA Finals.

There is optimism today on Warriors star Stephen Curry’s status for Game 4 of the NBA Finals vs. Boston on Friday, sources tell @TheAthletic @Stadium. It appears Curry won’t need MRI, has avoided major issue with his left foot, and will attend Golden State’s afternoon practice.

An injury at this point in the game is not something the Warriors can handle, especially to their #1 player. Stephen Curry is averaging 30+ so far but the Celtics are leagues above their matchups in the West. The losses in this series have not been close which makes it all the more difficult to predict the outcome. However, this is Stephen Curry’s only chance to win the coveted Finals MVP trophy.

He will not sit out Game 4 if he intends to add that accolade to the long list of awards he already has.

Elina Svitolina Becomes the Brand Ambassador for United24, Aims To Make a Huge Impact on the Ongoing Russia – Ukraine War