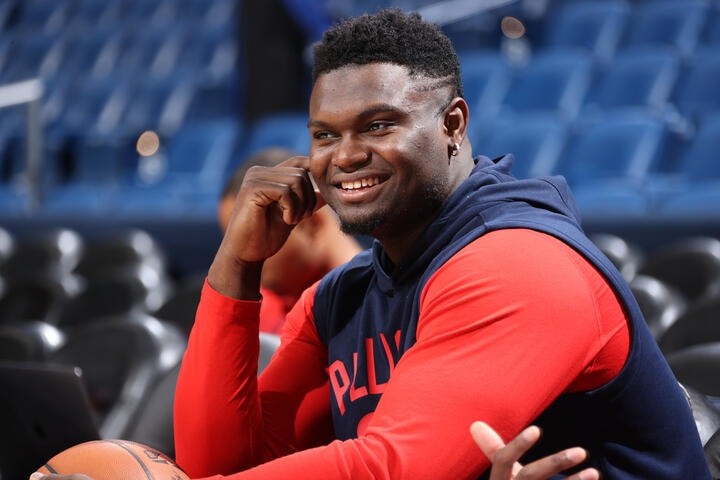 Zion Williamson has not played a single game all season long. The 1-time All-Star suffered a right foot fracture in the offseason and has not recovered since. He underwent surgery on it and was expected to return by the start of the season. But his timeline has extended from the start of the season to midseason to the postseason.

His team, the New Orleans Pelicans, have meanwhile undertaken some roster-building decisions. And recorded a relatively successful regular season. The team traded for CJ McCollum from the Portland Trail Blazers and added an additional scorer to their starting 5. They also capped off a 9th-placed finish in the Western Conference by further beating the 8th-seed Los Angeles Clippers.

The Pelicans made it to only their 8th playoffs in history. They face off against the might of runaway league leaders, the Phoenix Suns. And have already lost Game 1 decisively, in a series that many predict will be a dominant sweep on the Suns’ part.

Zion Williamson is out for Game 2

If the Pelicans want to avoid a humiliating sweep, a Zion Williamson return will be a very welcome sight. But the number 1 pick from the 2019 NBA Draft last played on the 4th of May in 2021 and has not stepped foot in a league game since. However, in November, Shams Charania reported that Zion was cleared to participate in basketball activities.

The clearance was a step in the right direction and signaled progress in his recovery. Videos of him on the court have surfaced multiple times since. Including this thunderous dunk that went viral reminding the fans and the rest of the league what Williamson is capable of.

But with growing optimism amongst the Pelicans fans, the wait for him to return remains a long one.

We got a quick glimpse of Zion Williamson getting some work in after today’s practice.

He remains out indefinitely going into Game 2 pic.twitter.com/nhBwajp1i9

The young All-Star is out for Game 2 of the first round. But a Game 3 return or a return later in the series is not off the books. Both Zion and the Pelicans will hope the series does not end in 4 games for a return to materialize.