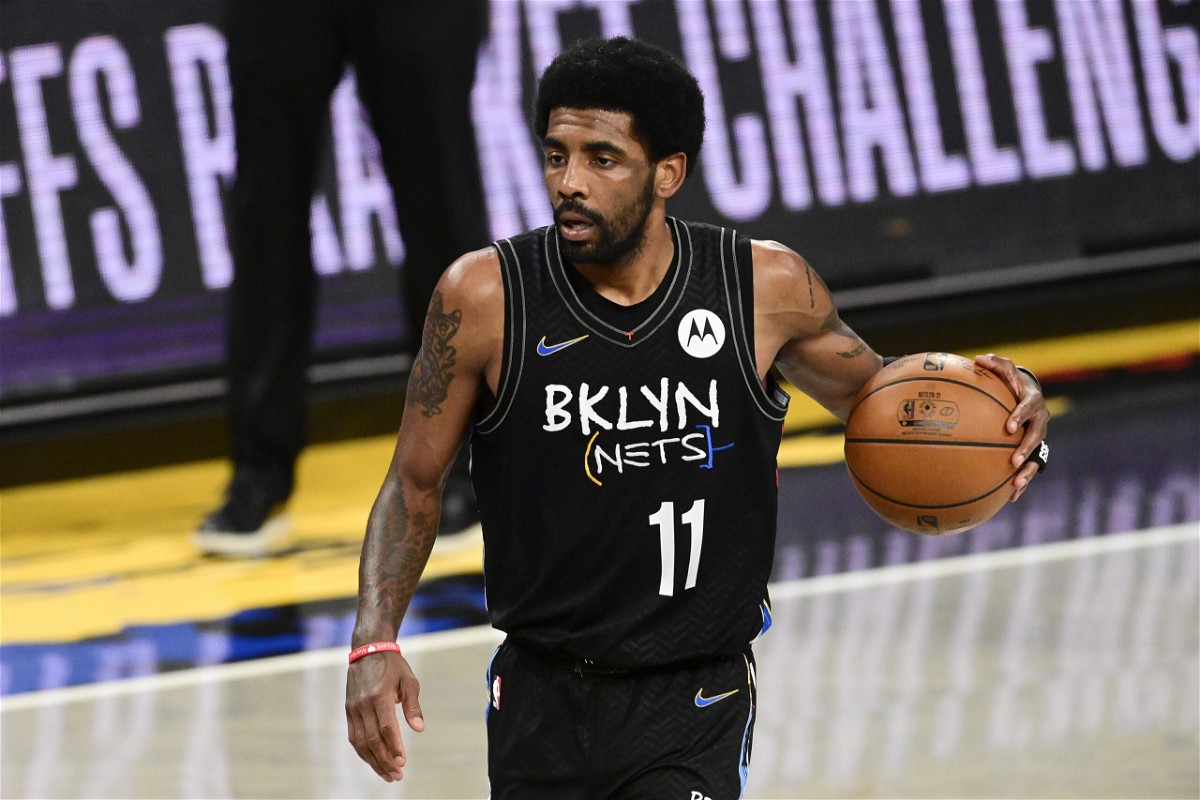 Without any notice to his team or the league, Kyrie Irving decided to take off before the game vs the Philadelphia 76ers on Friday. His whereabouts were initially unknown, however, today videos of Irving partying with his family have surfaced. League is currently investigating the matter and Kyrie could be looking at a hefty fine for his actions this time.

Irving managed to raise some eyebrows before the season started with his media boycott statement. He was later informed that this would be in direct violation of the NBA’s media obligations set in place for the players. Kyrie was active during the bubble as well, calling for unity among players to boycott the season in the wake of George Floyd’s death. He met with stark criticism for his move to boycott the media and subsequently decided otherwise.

Kyrie was nowhere to be found before the sixers game on Friday. Brooklyn Nets‘ coach Steve Nash was just as clueless as to the fans and media regarding his whereabouts. He missed three games due to ‘personal reasons’ without giving notice to the league flaunting covid protocols.

With Kyrie Irving supposedly ‘off the grid’ the Nets continued to play without him and are on a losing streak right now. Fans gave him the benefit of the doubt as to his ‘personal reasons’ behind missing the road games were unknown. However, with videos of Irving partying at a club surfacing, fans have no sympathy for him.

He is clearly to be blamed for Brooklyn’s loss against Grizzlies and OKC, two lower-seeded teams of the western conference. Although initially there were doubts about the reliability of the videos, little deduction skills would reveal their authenticity.

Videos have surfaced of Kyrie Irving at a large birthday gathering alongside his sister, Asia.

Given the size of the gathering & now public nature of it, Kyrie might now have to undergo a quarantine period before returning. https://t.co/McrYtFH9XK pic.twitter.com/U4T1KAvMTl

The video was shot at her sister Asia’s 30th birthday party held on 12th January. Kyrie Irving is clearly violating covid protocols set in place by the NBA. Already several teams are short-handed because of positive cases and games are being postponed. Earlier the Houston Rockets missed a game and now Dallas Mavericks failed to meet a minimum of 8 available players.

Kevin Durant was unaware of Kyrie Irving’s reason behind missing the games as well. When questioned about the same he said:

“I wouldn’t speak for Kyrie, I’ll let him do that for himself. I’m sure you guys will see him soon after he comes back. We support him 100% and pray for the best.”

Kyrie Irving is expected to miss all the games scheduled this weak and incase he returns anytime soon he will be placed in quarantine first. NBA is currently investigating the videos that have emerged and will take an appropriate call soon.