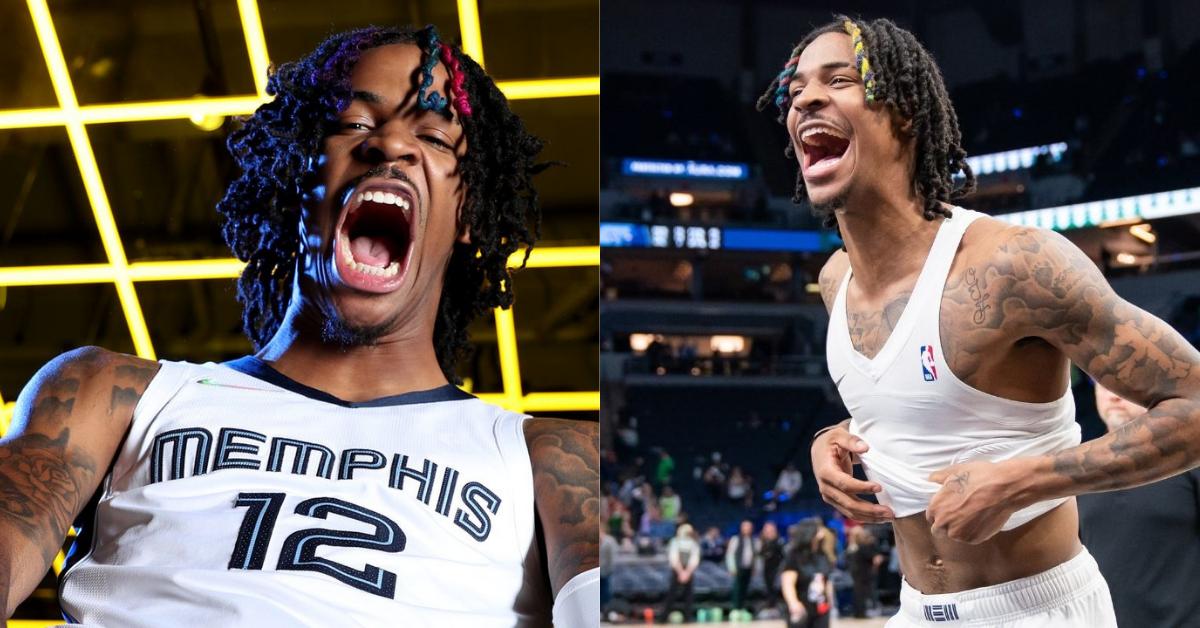 The 2021-22 NBA season was one of the best for the future of the league. Big-name veterans like LeBron James, Kevin Durant, and Kawhi Leonard are watching from home whilst Jayson Tatum, Devin Booker, and other youngsters are still fighting for the NBA title. There are a lot of big named youngsters currently leading their teams but the Memphis Grizzlies and Ja Morant are doing a lot better.

Ja Morant had a lackluster performance in the first round

Ja Morant won the Most Improved Player award this season and got the curse along with it. Last season, Julius Randle was the MIP and in the playoffs, he played awfully. However, Ja’s Memphis is a much better team.

The 2021-22 MIP averaged 27 points per game with 7 steals and 6 rebounds, nearly an 8-point jump from last season. Memphis was top 5 in offense and defense this season with the MIP leading the charge. Considering that the Grizzlies were also the 2nd best team in the league, Ja was in the MVP conversation.

Come playoff time, and suddenly Ja Morant went silent. Silent only on the court. Whilst most players average more during the playoffs, Morant’s stats dropped. He averaged just 21 and shot just 38% from the field and 20% from the 3.

They did win against the Minnesota Timberwolves but out of the 6 games played, he scored less than 17 points in half of them. As the MVP of the team, you need to do more. He did score the game-winner in Game 5 and that’s all the fans remember. However, somebody on Twitter pointed out one interesting stat.

During the NBA playoffs, Ja tweeted out 60 tweets. In comparison, he made just 39 field goals throughout the 6 games of the first round. That means he has more words than shots. Talk about ‘all bark and nte.’

Ironically, in one of his tweets, he pointed out his lackluster performance. Will Ja be able to pick his game up in the next round of the NBA playoffs? Or is the MIP curse real?