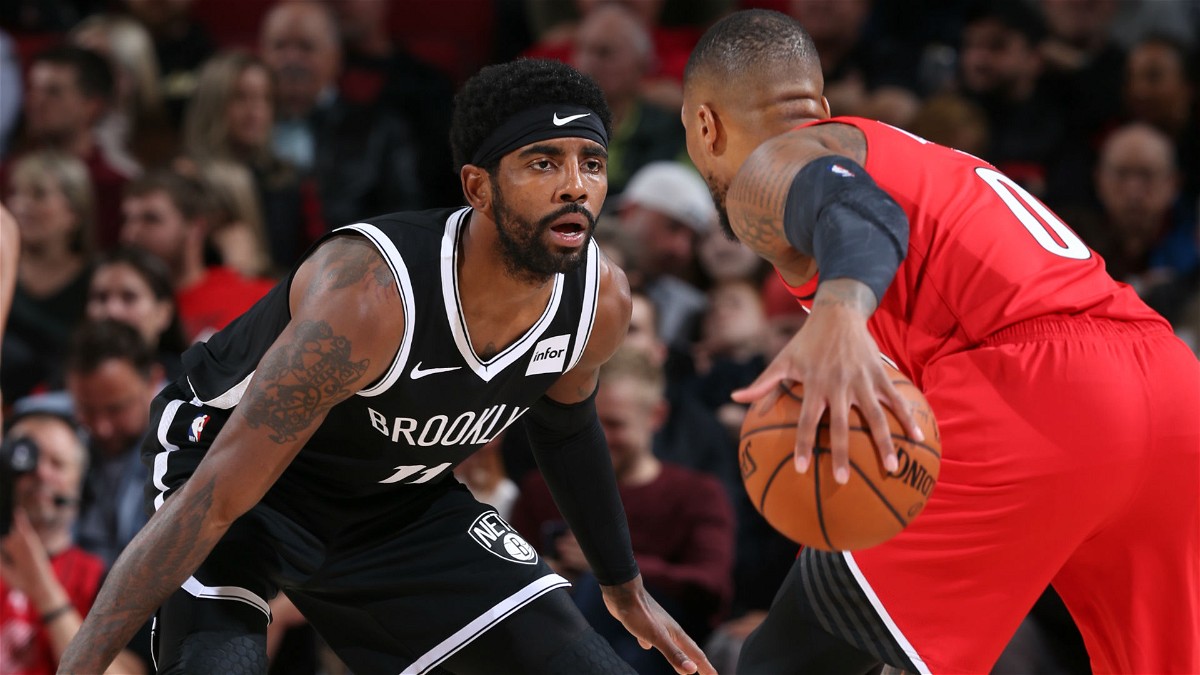 The Brooklyn Nets took on the Orlando Magic tonight. Orlando is the worst team in the East and the Nets took full advantage of the same. Kyrie Irving scores a career-high 60 points against the Magic. Brooklyn scored 150 points and beat the Magic by 48 points. Brooklyn as a team shot 60% from the field and the 3 and led in every statistical category.

This was the first time in NBA history that there were 2 consecutive 6o point performances since Wilt Chamberlain. This performance by Kyrie began debates about him being a top 3 point guard in the league. And considering there is no case for Kyrie against Ja and Curry, the next name on that list is the injured Damian Lillard.

According to Lastiz, Kyrie Irving’s one 60 point game has catapulted himself over Damian Lillard. However, all the replies were in unison of the belief that Kyrie Irving has not done enough recently to push himself above Dame. Also, that one 60 point performance against the worst team in the league cannot take precedence over the scoring outbursts we’ve seen from Lillard.

Kyrie and KAT’s performance this week put them in a conversation with Wilt. However, Damian Lillard already did that by becoming the first player in NBA history that scored 3+ 60 point games in a season since Wilt Chamberlain, by himself.

This season, due to injury and the Covid vaccine, both Kyrie and Lillard have played less than 30 games. However, Lillard did play 11 more games than Kyrie so far. Statistically, Kyrie has been averaging more points than Lillard and has been shooting more efficiently. This has been the first time the conversation for the point guard race has been this close. And with Kyrie having the opportunity to play the rest of the season and the playoffs, Irving could complete what was said in that tweet.