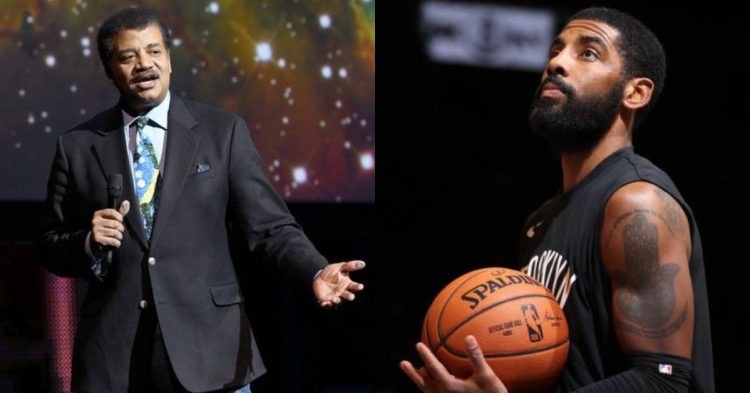 The theory of our Earth is flat has been debated for the ages. Many have argued that the planet is not round as many scientists claim. As we all know, Shaquille O’Neal has been one to speculate the same as well. He has claimed in the past that he sees no reason why the Earth shouldn’t be claimed as flat. Together with Shaq, there is another NBA player to share the same opinion: Kyrie Irving.

In the past, Kyrie has claimed that he strongly believes in the flat-Earth theory, which attracted plenty of backlash for the player. However, it seems like he might be on to another headline-grabbing tweet. Popular astrophysicist Neil deGrasse Tyson tweeted earlier today to possibly bury the flat-Earth theory. He wrote, “A Lunar Eclipse flat-earther’s have never seen,” together with an image of a round-shaped planet.

What did Kyrie Irving say about Flat-Earth theory?

Awhile later, Kyrie said to Boston.com again, “The Earth is flat…I’m telling you, it’s right in front of our faces. They lie to us.”

It seems like the Nets star genuinely thinks that the Earth is flat, mainly because there has been no real image of the “globe”. However, an interesting fact was that he had to apologize for his unique take on the Earth.

Kyrie apologizes for saying the world is flat. #Under30Summit pic.twitter.com/uJH3fNbPqS

“At the time I didn’t realize the effect. I was definitely at that time, ‘I’m a big conspiracy theorist. You can’t tell me anything.’ I’m sorry about all that. For all the science teachers, everybody coming up to me like, ‘You know I have to reteach my whole curriculum!’ I’m sorry. I apologize. I apologize,” Irving said.

Although he might have apologized for going public with his opinion, it is highly likely that he still has it. As he said, Kyrie is a big conspiracy theorist, and he might still genuinely believe that the planet we all live in is flat. If he does, Neil deGrasse Tyson’s tweet might be quite interesting for Kyrie to have his say on. 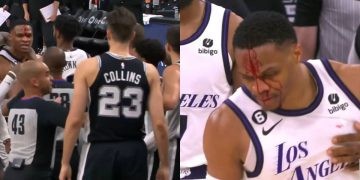