“Never Appeared to Me That We Were Poor”- Draymond Green Shares How His Mother Hid Their Financial Struggles From Him Despite Earning $17,000 a Year 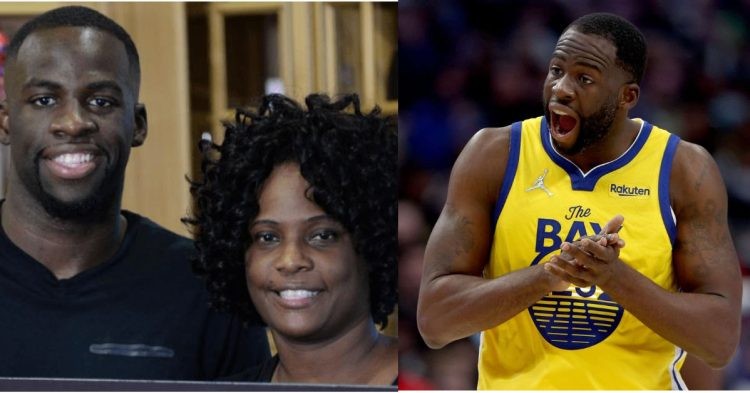 Draymond Green is the pseudo- point guard for the Golden State Warriors. Alongside Stephen Curry and Klay Thompson, he has made GSW one of the most successful franchises of this generation. His ability to guard the best players for the opposition and being an enforcer are invaluable to his team.

We know Draymond is well-to-do after his success in the NBA. Additionally, he has also engaged in podcasting and hopes to become a voice for the player-represented “new media“. It would surprise some people to know that the Warriors star is not from a good financial background.

Most NBA players are African American athletes from average economical backgrounds. Therefore, it is not really special information to claim that he is from a poor family. However, we learned that his mother hid her money struggles. It is important to understand what he said with more context.

Draymond Green found out his mother made only $17,000 a year when he joined the league

Some people claim that a mother’s love and devotion to her child is unrivaled in this world. There are countless single mothers struggling to raise their young children into men of this world. One can only imagine how difficult that would be and the challenges involved.

NBA fans who are parents will agree that it is important to protect one’s child from the harsh realities of the world. Especially in the initial stages when children are still finding their way in the world. Money problems are considered adult situations and children are usually kept out of the loop. Thus, Draymond revealed how he never really knew he was poor.

“But it never appeared to me that we were poor, you know what I’m saying? We had a house, we had lights, we had water. You know there were a couple of times where it got cut off but she got it cut right back on… When I got to the NBA, my rookie year, my accountant said hey you should claim your mom on your taxes. In order to claim her taxes, I had to find out how much money she made. My mom was making $17,000 a year… She never let me see that.”

Mary Baber Green may have struggled in the beginning to raise her son. Now she has no need to work a day for the rest of her life. She has her son to thank for that.