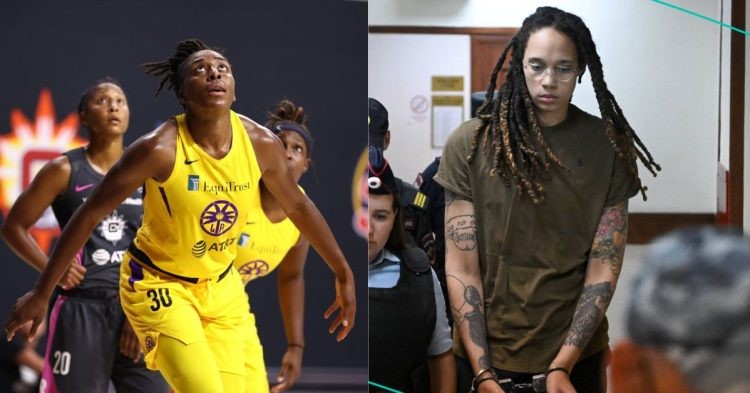 Former WNBA star Brittney Griner has been transferred to a Russian Penal colony. Fans will remember that she was arrested for trying to carry Marijuana vape cartridges through a Russian airport. This is considered a serious crime there and she has been sentenced to 9 years in prison, despite pleading guilty to the charges.

Most of us, along with the WNBA, assumed that Brittney would simply complete her sentence from within a prison cell. However, this sudden news of being transferred to a Penal colony has fans engaged. Moreover, the WNBA players association has released a statement on this issue. We should wonder what they said in it and what Brittney’s upcoming situation looks like.

There is no public knowledge available concerning the exact location of the penal colony that the WNBA star has been sent to. That has led several people and the WNBA to feel concerned for the safety and very life of Brittney. After all, these penal colonies are known for their mistreatment of prisoners and cruel working environments.

This means that there will be little to no rest for Griner, she will be completely worked and used by the colonies due to the workforce an athlete like her could provide. Security measures are tough in the penal colonies. Therefore, there is little to no hope for her to find a way to escape.

The WNBA players’ association released a statement to show their support for their fellow players. It is heartwarming to see these players rally together. However, we should also wonder if mere words and releasing statements change anything.

“We stand with Brittney Griner and will continue to call on all Americans and the global sports community to do the same with even more vigilance. We are crushed that this scary, seemingly never-ending nightmare continues. The lack of clarity and transparency in the process compounds the pain.”

One must certainly feel sympathetic toward Griner’s plight. She had no clue her life was about to change forever when she got caught all those months ago. The secretive nature of the Russian system certainly does not bode well for agitated American basketball fans. That is why this sudden move to an unknown colony has everyone on edge.