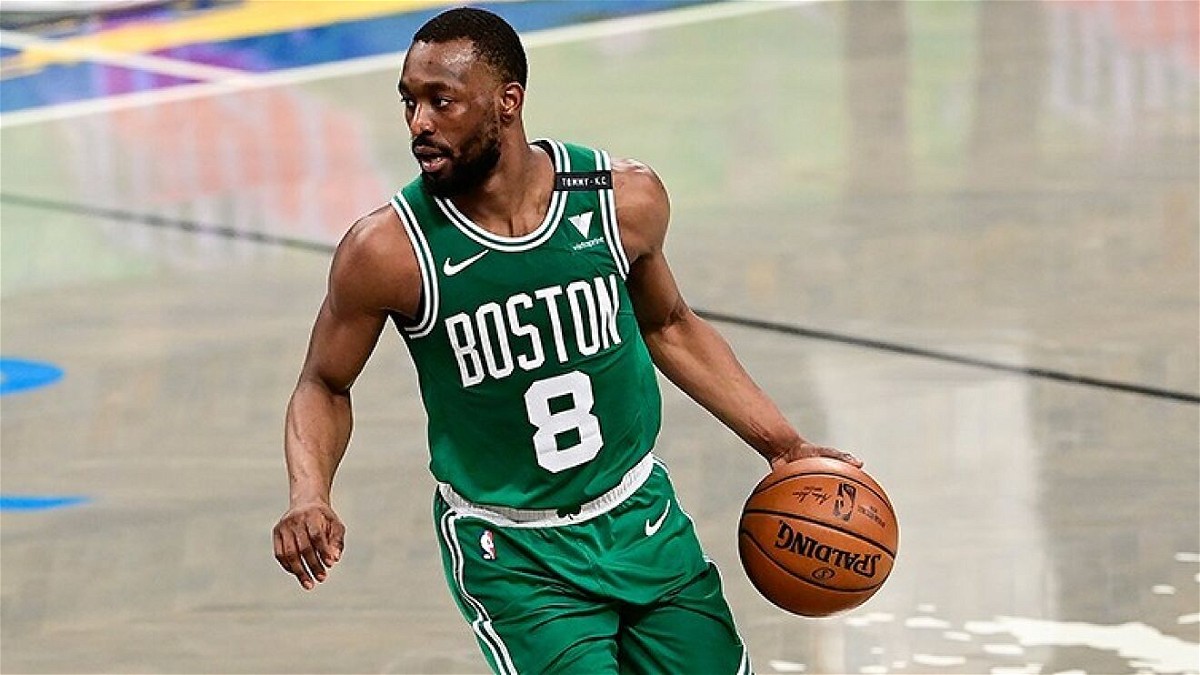 Former Charlotte Hornets and Boston Celtics star point guard Kemba Walker was traded from Boston to Oklahoma City Thunder this off-season. However, the Thunder did not seem to have long-term plans for Walker as well.

Kemba Walker was traded to Boston from Charlotte in 2019 after playing eight seasons for the Hornets. He stayed with the Celtics for two seasons before being traded this off-season to OKC Thunder for former Celtics’ center Al Horford. As of this off-season, OKC is working towards a buy-out with the 4-time All-Star after which he will sign with the New York Knicks.

Kemba Walker plans to sign with the Knicks after agreeing to a contract buyout with OKC, per @wojespn pic.twitter.com/rD3ZAi1SLI

The New York Knicks were projected to have the most cap space of any team this summer. Hence, they are very likely to squeeze in the Kemba Walker buyout with OKC while being below their budget limit.

By signing Walker, the Knicks now have a well-rounded starting lineup. After signing Evan Fournier and bringing back Julias Randle, Knicks’ fans can now expect a favorable path towards the playoffs.

Walker played with the Charlotte Hornets for eights seasons and is the highest scorer in Hornets’s history with 12,009 points. He produced big-time highlight plays while playing for the Hornets as well as Boston Celtics. From flashy ankle breakers to clutch buzzer-beaters, you can expect everything when he is on the court.

Walker, 31,  is originally from The Bronx, New York. He played high school basketball for Rice in Manhattan and was selected for the McDonald’s All-American Team. After signing Kemba Walker, the Knicks are likely to emerge favorites in the upcoming season.