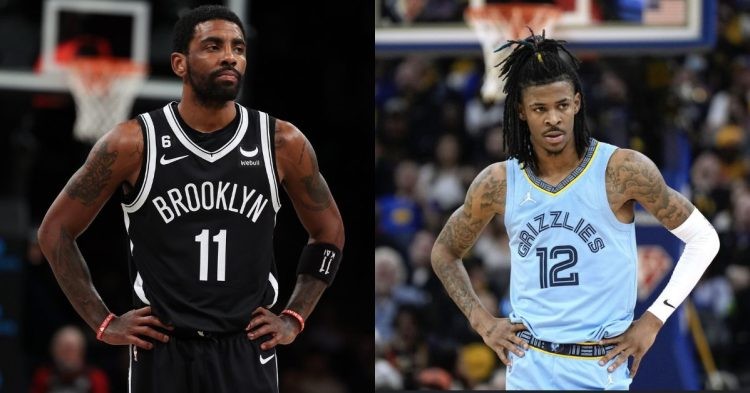 Kyrie Irving has been the hottest topic in the NBA for a while now. Ever since he posted that link on Twitter, he has attracted plenty of attention. To sum it all up quickly, Kyrie served an unpaid suspension from the Brooklyn Nets because of the movie he posted. The issue was that it contained anti-Semitic views. This prompted certain parties, including the NBA, the Nets organization, and Nike to criticize him.

Kyrie then apologized before returning to NBA action, but the interesting fact is that Nike suspended their relationship with the 30-year-old. This raised many eyebrows as there were a large group of NBA fans who chose to take shots at the American brand.

Kyrie Irving is no longer a Nike athlete, Nike spokesperson says. The sides have parted ways one month after Nike suspended its relationship with the Nets star. Irving has one of most popular signatures shoes in the NBA and is now a sneaker free agent.

It is quite evident that Nike has terminated their contract with Kyrie Irving now. Many are unhappy with their decision to do so but it’s clear that the brand is looking for a fresh face right now. What will surprise NBA fans is that they have already found a replacement for the NBA star.

What do we know about Ja Morant’s new signature shoe with Nike so far?

According to Shams Charania, Memphis Grizzlies superstar will be the next one to get a signature shoe line with Nike. It has come as a surprise that the brand wasted no time in finding a replacement for Kyrie, who has one of the most successful signature shoe lines in the NBA.

Memphis Grizzlies All-NBA star Ja Morant is in line to receive a new signature shoe at Nike in the near future, industry sources tell @TheAthletic @Stadium. The parties have been working on this for several months. https://t.co/RzKf9JEIf1

Although the rumors have been present for a while now, it is clear that Nike are looking to start Ja’s signature line instead of continuing Kyrie’s. According to reports, the American company will release Ja’s first signature shoe, the Nike Ja 1 in summer of 2023. We can expect Nike to price the sneakers at $110 under three different models: Phantom, Game Royal, and Cobalt Bliss.

Ja’s new deal with Nike will increase the amount he receives from endorsement deals, and it will boost his net worth as well. He looks to be taking yet another step closer to the “Superstar” status in the NBA.