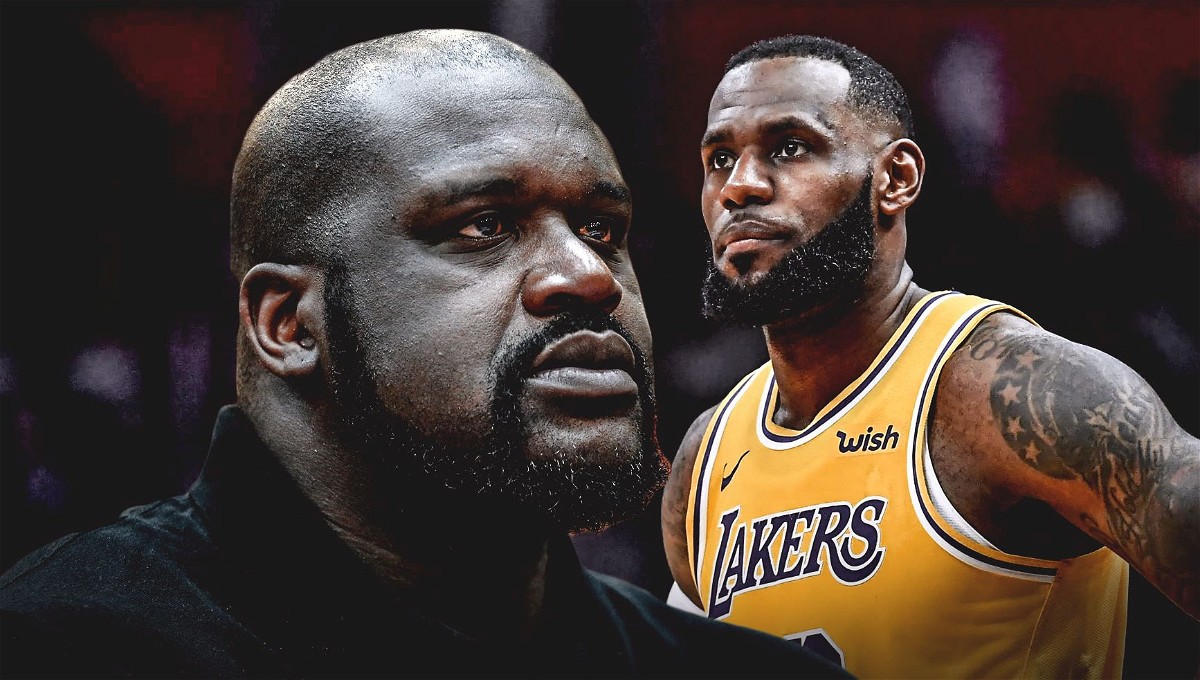 Shaquille O’Neal is one of the most fearsome centers the NBA has seen. His imposing size terrorized the league for over a decade as he romped his way to 4 NBA Championships in his career. However, Shaq does not think the same fear factor applies to another 4-time NBA champion, LeBron James.

In a recent episode of The Big Podcast with Shaq, O’Neal called out the notion around James.

“And you know, LeBron is my guy. But, nobody was ever scared of LeBron, right. So, if you’re not scared of a guy, you have much more confidence. And that’s a dangerous guy to play with.”

These were some strong remarks from Shaq, who has previously been teammates with LeBron for a year at Cleveland. Inevitably these comments drew further debate on social media. The hosts at Undisputed, Shannon Sharpe and Skip Bayless, also picked up the statement and dissected it.

Skip Bayless capitalized on Shaq’s remarks and highlighted that his argument is the same. That LeBron does not have the same killer instinct as Michael Jordan and is a ‘nice guy’.  While nobody can come close to Jordan’s level of ruthlessness, it is harsh on LeBron to not think he instilled fear in his opponents.

.@ShannonSharpe on Shaq saying no one “feared” LeBron:

“How does one get to 10 Finals, but no one fears him? The Raptors never feared LeBron? The Celtics wouldn’t have traded for KG and Ray Allen if they weren’t scared. Why would the Warriors get KD if no one feared him?” pic.twitter.com/ruCQSNdo9l

Shannon Sharpe summed it up perfectly. The Celtics signed Ray Allen and Kevin Garnett to thwart the threat of an upcoming LeBron as much as they wanted to turn the franchise around. LeBron dominated the Eastern Conference for more than a decade.

In the 2010s, as LeBron made it to 8 straight NBA Finals, teams had no choice but to counter that. And there is no better compliment than the historic Golden State Warriors adding Kevin Durant to their already stacked ranks to go up against LeBron at the Cavaliers.

The same Warriors that had the best regular-season record in the NBA ever felt undermanned against the phenom that is LeBron. And certainly his very able co-stars Kyrie Irving and Kevin Love but there is no doubt, LeBron worried the rest of the league.

And to his credit, he does have a softer side underneath all of that. A softer side that perhaps Michael Jordan would never show to an opponent. But maybe the magnanimity makes LeBron the better competitor. Maybe it does not. It’s all subjective.