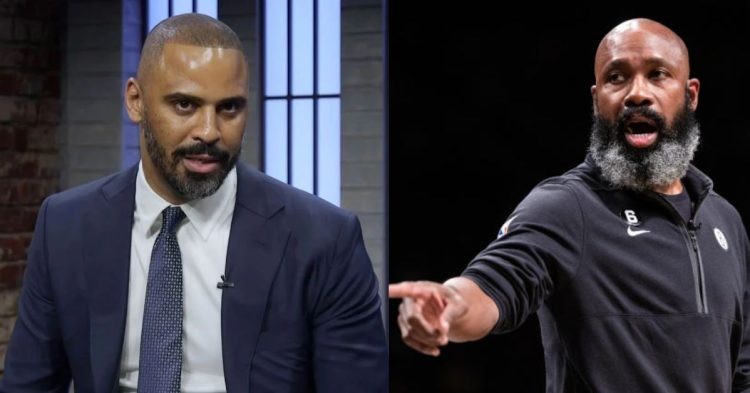 The Brooklyn Nets have been in the spotlight for the last week. They fired their coach Steve Nash and suspended their star guard Kyrie Irving in a small timeframe. Due to the delicate nature of what Kyrie posted, they were delayed in deciding on a new head coach for the team.

We were initially under the assumption that former Boston Celtics coach Ime Udoka was a frontrunner for the job. However, in a sudden turn of events, the Nets decided to go another way and hire someone else. One must wonder who the Nets coach is going to be, his background, and the context of the situation.

There are very few NBA fans who will remember Jacque Vaughn during his time as a player in the league. He played 12 seasons in the league and finished his career with the San Antonio Spurs. Jacque has averaged 4.5 points, 1.3 rebounds and 2.5 assists in the 776 games he played in the NBA.

It seems that Ime Udoka’s reputation and recent history with the Boston Celtics franchise might have compromised his chances of continuing to be a coach in the league. Jacque initially stepped in as the interim coach and has held a record of 2 wins and 2 losses.

Brooklyn must be impressed by him and has decided to give him the chance to coach Kevin Durant and Kyrie Irving. They are two of the most skilled basketball players the game has ever seen. At the same time, he will also be entrusted with finding a way to utilize Ben Simmons effectively. This could prove to be quite a challenge considering that Simmons is still hesitant to play freely and shoot the basketball.

The Brooklyn Nets are no longer hiring Ime Udoka pic.twitter.com/poEUU3eAHT

We still do not know what Kyrie’s future with the Brooklyn Nets looks like. He shared an Anti-Semitic video and has caused quite a commotion for the organization. There are even conditions that will decide if he is to return to the team. Whether he returns to the roster or not, Jacque will be forced to adapt to it and make the best of his situation.