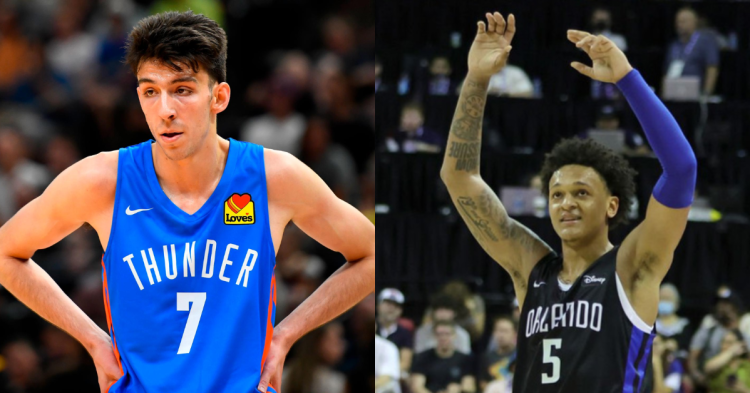 The 2022 NBA summer league has gotten a complete revival. Just like a lot of other sections of the league, this needed a revamp. And it got that. With just a couple of games into the NBA 2k23 summer league, 3 players have already stood out. Cam Thomas, Chet Holmgren and Paolo Banchero. All 3 of them have had great games so far but can they keep it up?

The NBA 2k23 Summer League began on the 7th of July and will be played till the 17th of July. It’s being played in Las Vegas, where it’s always played. However, this year, they expanded it just a bit with the California and Salt Lake city summer league as well. The other big change they’ve made is the inclusion of championship rings for the winner of the tournament.

Paolo Banchero was drafted as the number 1 overall pick of the 2022 NBA draft by the Orlando Magic. He’s following a huge line of NBA hall of Famers that Magic has drafted as the 1st overall pick. And so far, he’s played 2 games in the NBA 2k23 summer league. In those games, he’s averaged 20 points per game, 6 rebounds, 5 assists, 2 and a half steals, and 1 block whilst shooting 50% from the 3.

Those stats have not been empty as the Magic have won both their games so far. The first win was a 91-77 win against Houston and the 2nd win was against the Sacramento Kings in a narrow 2-point win.

Chet Holmgren’s OKC Thunder have played just one game so far. It was against the Houston Rockets who beat the Thunder by 2 points. In that game, Chet scored just 12 points and shot 30% from the field. Defensively, however, he was great. He grabbed 8 rebounds, 4 blocks, and 2 steals in 28 minutes. But his one-dimensional play is something he needs to figure out asap.

Cam Thomas has already played a season in the NBA for the disgruntled Brooklyn Nets. He was drafted as the 27th overall pick last season but in the Summer league, he’s been eclipsing lottery pick. 2 games in and Cam Thomas is averaging 28.5 points on okay shooting splits.

He’s playing way over his level of caliber. The result for the Nets in those 2 games has been a loss and win. If Cam Thomas can give this same production in the NBA, then Brooklyn’s future is still in safe hands.