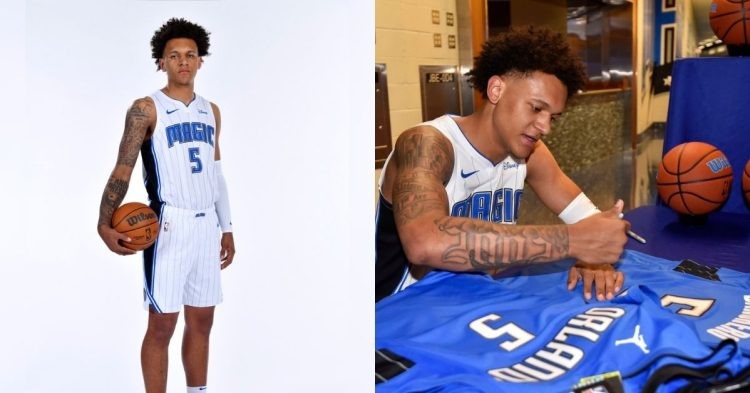 Paolo Banchero and Jabari Smith went head to head today as Banchero made his Summer League debut. The Orlando Magic have high expectations of Banchero. He showed a lot of promise during his debut today as he started the game off with a perfect 3-3 FG and 2-2 3P.

Paolo Banchero scored or assisted in 14 of the Magic’s first 17 points.

Banchero put his entire skill set on display as he continued to dominate Jabari Smith and the Houston Rockets. The Orlando Magic pulled away with the game and finished with a 14-point lead over the Rockets. Let’s have a look at how Banchero put the league on alert today.

Now, Banchero’s stat line wasn’t anything to write home about. He put up a respectable 17 points, with 6 assists and 4 rebounds to go along with it. Instead of looking at his stats, we need to look at his skill set. Paolo displayed his ability to attack the basket and finish around the rim, he also showed off his ability to shoot from beyond the arc as he finished the game with 2/3 3P. Also, it was clear to everyone watching that the number 1 pick can handle the ball pretty well and facilitate for his teammates.

It appears Paolo Banchero may have circled this one vs. Jabari Smith Jr. pic.twitter.com/4igKqOeeiI

Paolo is a very skilled individual on the offensive end, additionally, he never backs down on the defensive end either. There were multiple times throughout the game where Paolo picked up Jabari Smith on defense and locked him up. He even got a pretty sweet block on Jabari during the 2nd quarter.

Smith on the other hand wasn’t having a great night. But, there is no doubt in our minds that he’ll bounce back pretty quickly. The number 1 and the number 3 pick have a lot to offer. We’re very excited to see them grow and continue to dominate the league for a long time.