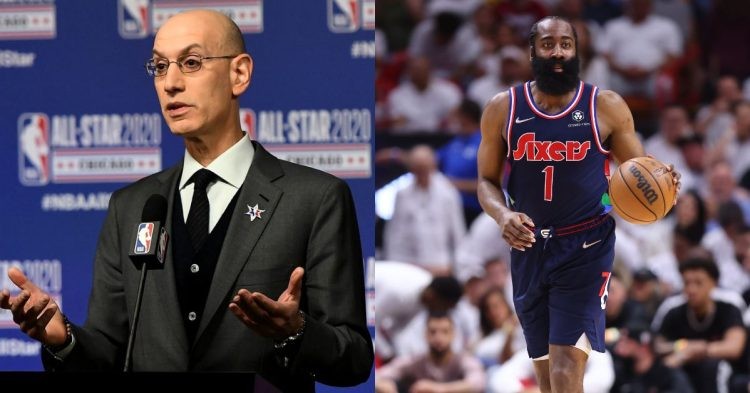 The Philadelphia 76ers enjoyed a decent season last time out. They finished 4th in the Eastern Conference standings. Their record was an impressive 51-31. The 76ers could not make it past the Miami Heat as they lost by nine points in the Conference Semi-Finals. The series ended 4-1 to the Heat.

The Sixers have been in the media’s limelight after James Harden’s contract situation. Despite Harden’s age, the 76ers wanted to keep him. His numbers last season explain the reason. The Beard averaged 21 points, 10.5 assists, and 7.1 rebounds per game. That’s a double-double from a 32-year-old player who missed a significant number of games. He was on the sidelines due to a hamstring injury.

Harden chose to go for free agency after declining his $47m player option. Instead, he signed a deal with the 76ers for $33 million a year. The American intended to help his team to capture a maiden NBA title.

Philadelphia 76ers star James Harden is declining his $47.4 million player option for the 2022-23 season and intends to return on a contract in free agency that gives the team financial flexibility to bolster the roster, sources tell @TheAthletic @Stadium.

For that, the Sixers needed to have more freedom on the financial ground. His reduced salary means that the Sixers would be able to sign more players with the money they have saved. However, this is where the problem is for the 76ers.

Did the Philadelphia 76ers have an agreement with James Harden on a future contract?

Reports emerged saying that the NBA suspects the Sixers of having a handshake agreement with Harden. The association has been known to be strict with offenders in recent seasons. The Miami Heat and Chicago Bulls had a draft pick snatched away for tampering with Lonzo Ball and Kyle Lowry’s contract situation.

ESPN Sources: The NBA has opened an investigation into the Philadelphia 76ers for possible tampering and early contact centered on franchise’s summer free agency class of James Harden, P.J. Tucker and Danuel House. Sixers have begun cooperating with league on probe. Story soon.

Agreeing on a future contract with free agents is illegal in the NBA. However, that seems to be what they suspect the Sixers of. The Philly-based franchise signed PJ Tucker and Danuel House as free agents. This was after Harden had signed his new contract. Tucker signed a 3-year contract worth $33 million. As for House signed an $8 million contract that sees him going into free agency in 2024.

If the NBA decides that the Sixers are guilty of tampering, the punishment might be a little more serious than stripping away draft picks. The team could also receive a hefty fine or even have free agent signings banned for some time.