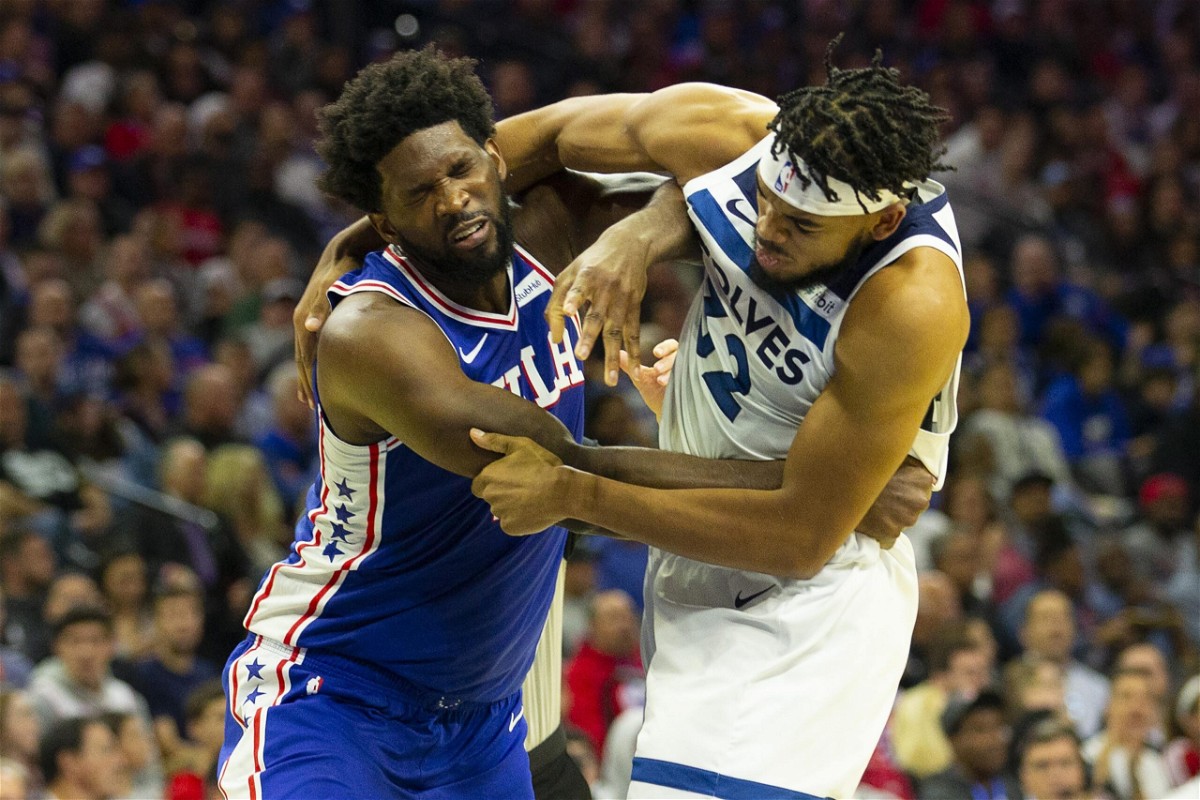 A cross-conference match-up is on the books for tomorrow when the Philadelphia 76ers take on the Minnesota Timberwolves. Minnesota is currently 7th in the west trying to climb the standings for a guaranteed playoff spot. The Philadelphia 76ers will be focusing on attempting to steal that number 1 seed from the Bulls.

Who won the last time these 2 teams played?

These teams are from different conferences so they meet up rarely. However, when two of the best big men in the league face off against each other, the game is sure to be memorable.

On November 27th, 2021, this game went into double overtime with the Timberwolves narrowly taking the win. Joel Embiid put a monstrous stat line with 42 points and 14 rebounds but D’Angelo Russell and Naz Ried’s clutch performance got them their hard-earned win.

The Timberwolves had a 20 point lead, choked it and barely won by 1. It’s why their defensive efficiency rating is in the lower half of the league.

Tonight, the Sixers will be playing their first game with James Harden in the lineup. With the smoke of all the trade drama finally drying out we will be finding out who won the trade, Brooklyn or Philly?

With Anthony Edwards and Karl Anthony Towns taking on Harden and Embiid, a battle of duos will ensue. The Wolves have the advantage of chemistry on their side.

However, in his short time on the Nets, we saw how well Harden could play with a healthy all-NBA player beside him. And with Harden providing spacing for Embiid, Towns will have an awful night guarding the MVP candidate.

Philadelphia 76ers are expected to beat the Minnesota Timberwolves and start Harden’s sixer’s career on a high.

How to watch the Philadelphia 76ers vs the Minnesota Timberwolves?

You can watch the Philadelphia 76ers take on the Minnesota Timberwolves on 25th February 2022 at 8:00 PM ET on Sportsnet Now. You can also watch the game globally on NBA league pass.