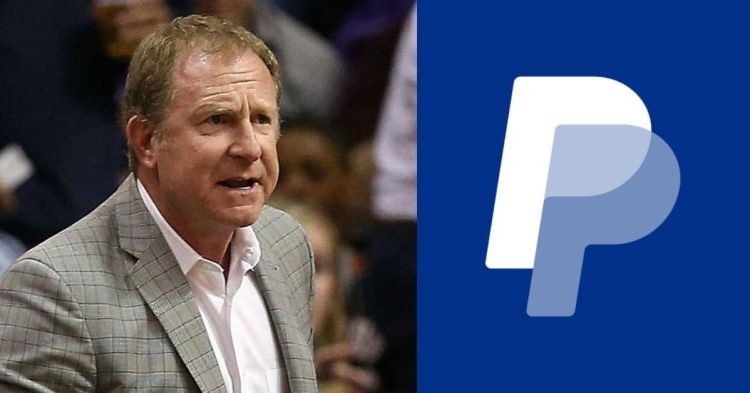 NBA fans were shocked to learn that Phoenix Suns owner Robert Sarver was fined $10 million and suspended from working with the organization and the league for a year. NBA commissioner Adam Silver revealed that it was his decision to suspend Sarver after an in-depth investigation that went on for a year.

To those who are still unaware of what Robert Sarver did wrong, he has been punished for workplace misconduct. The NBA found that he used derogatory racial and sexist slurs when addressing his employees. This is simply not in the spirit of a good working environment and he has been punished. Even NBA superstar LeBron James claimed there is no place for this kind of behavior in the league.

The NBA announced Tuesday that Sarver would receive a $10 million fine and a one-year suspension for allegations of racism and misogyny during his 17 years as owner. https://t.co/jANyoNxSSB pic.twitter.com/cAHeRgNIGm

Some people are not satisfied and believe that Sarver should be fired for the very least. As opposed to a mere fine and a year-long suspension. “PayPal“, an online payment processor is one of the sponsors for the Phoenix Suns. They have given the organization an ultimatum in the face of these disturbing events.

This is quite a tense situation for everyone involved. The modern world is extremely sensitive to two things. Racism and mistreatment of women. Unfortunately for Sarver, he is being accused of both and the league has proof. Human minds are quite straightforward and associate easily.

When we found out Robert Sarver was arrested, it became news instantly. Why? Because he is the owner of the Phoenix Suns. Therefore, it is inadvertent that the whole organization looks bad as a result of this. To make matters worse for some, Sarver has only been suspended, not fired.

That means a year from now he will return to work. This is something that PayPal absolutely does not want to be associated with. He is convicted in the eyes of the world. Giving him back a position of power would not sit well with several people.

In any case, the future looks grim for the Suns. We do not know what replacements they have in line. Additionally, this will hurt them greatly from the perspective of revenue and public opinion. Sarver should hope that other sponsors don’t follow PayPal and demand the same thing. If they do so, it is quite possible the organization decide to terminate his employment. With or without the approval of the NBA who approved for a suspension.