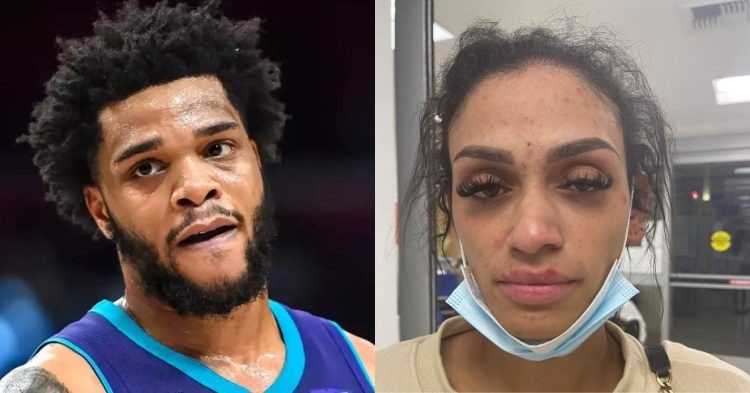 The 2023 NBA free agency was not supposed to be an eventful one. However, we have just gone through day 1 and there is enough drama to fill a whole book. While Kevin Durant and Kyrie Irving are stealing most of the headlines, Miles Bridges has done the worst thing of them all.

Miles Bridges was drafted by the Los Angeles Clippers in the 2018 NBA draft as the 12th pick. However, he was traded away to the Hornets before even getting a sniff of the Clippers dressing room. In his first season in the league, he played 80 games and averaged 7 points per game. Since then, he’s made quite a jump.

Last season he averaged 20 points per game and was the perfect supporting player to LaMelo Ball. He’s also averaging 7 rebounds and making 60% of his 2-point field goals per game.

“As an organization, we love Miles and we are going to bring him back. He’s been great for the franchise and I believe with his work ethic he’s only going to get better.”

He was set to earn a lot of money this offseason but his actions got the better of him. And those actions could see him lose out on his dream but he still deserves a much worse punishment.

Miles Bridges attacks the mother of his children

Miles Bridges is married to Mychelle Johnson with whom he had 2 children together. Mychelle Johnson was a former basketball player who fell in love with the sport due to her dad. During her high-school basketball career, she won two defensive players of the year awards and won 3 state championships.

Mychell and Miles are parents to Ace Miles and Ayla Marie, both less than five years old. Johnson reported that she was a victim of domestic assault at the hands of Miles, for which he was arrested. The bail was set at $130,000 which Miles had no financial problems paying.

On her Instagram account she revealed all the bruises that Miles Bridges left on her. The marks just emphasized the story of Miles ‘the assaulter’.

“I hate that it has come to this but I can’t be silent anymore. I’ve allowed someone to destroy my home, abuse me in every way possible and traumatize our kids for life.”

The Charlotte Hornets have distanced themselves from Bridges, something all other NBA teams will be doing as well. Being a free agent, the only offer he has on the table is a qualifying offer which the Hornets surely regret offering. No revenge could amount to what Miles did, but seeing his entire career and name be crushed in front of his eyes after the best season of his career will surely begin to teach him a lesson.