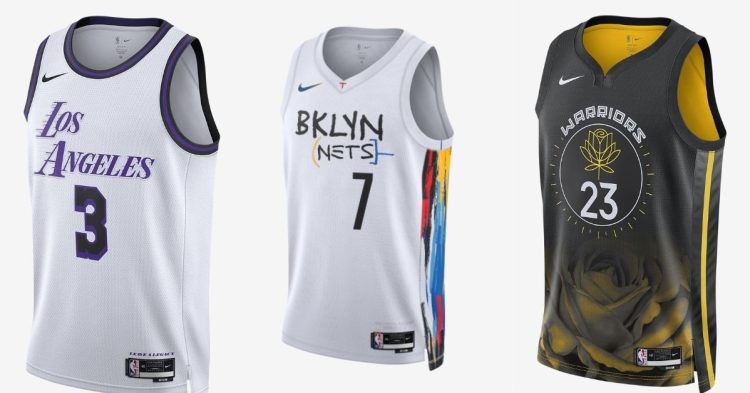 Nike is one of the leading sports companies in the world and also endorses NBA superstars like LeBron James. They recently partnered with the league to release the NBA Nike City Edition jerseys. Simply put, new jerseys are out and NBA fans are excited to see their favorite players in new threads.

Apparently, the NBA Nike City Edition jerseys each have a unique purpose behind their design and style. They have been designed to “represent the stories, history, and heritage that makes each franchise unique“.

It’s all in the details 👀

A peak at EVERY single 2022-23 NBA Nike City Edition uniform!

Everyone is a critic in the modern world. NBA fans took to social media and discussed their opinions on these new jerseys. One should wonder how these people felt and what the general consensus looked like.

How to buy the NBA Nike City Edition Jersey?

These new uniforms look very appealing and fans have opined on which jerseys they like the most. There are certainly varying opinions among the masses. However, we can say a lot of them like the uniform for Stephen Curry and the Golden State Warriors.

That golden state uni tho.. sick

It is truly an eye-pleasing uniform. The colors and contrast of black and gold have always been a feature of the Warriors. Some of the other jerseys that NBA fans liked included the ones for the Nets, the Mavs, the Clippers, and others. All of these jerseys can be purchased at the Nike official website. Additionally, they will also be coming soon to the NBA Store NYC.

While the internet is portrayed as a cruel space, it seems that the majority of NBA fans liked almost all the jerseys. However, there were some who were disappointed in a few such as the Indiana Pacers jersey. Others also looked to make negative comments, just for amusement’s sake. A few also thought some designs were unoriginal, “Pistons literally copied Celtics”

In any case, we can agree that the GSW jersey looks to be the best one released by Nike. Despite currently struggling in the NBA season, the Golden State Warriors are still the defending 2022 NBA champions. It looks like Nike took that into consideration and decided to go the extra mile in the design of their jersey.

Finally, we should know that these are no “mantle” jerseys. We will actually get to see them included in the rotation for all the 30 teams in the NBA.