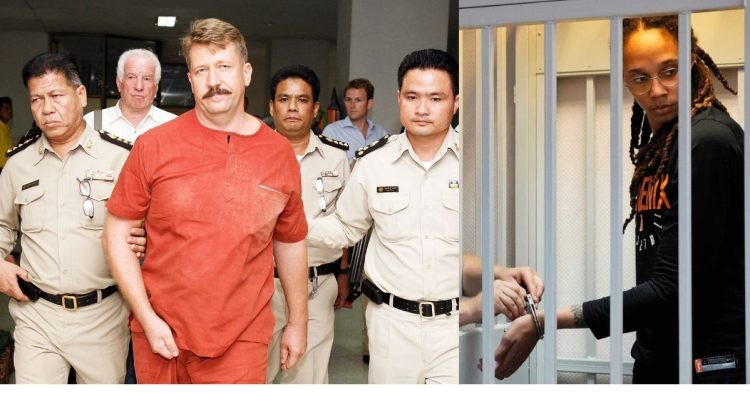 There might just be a prisoner swap for the imprisoned WNBA star Brittney Griner. Most of us remember when she was arrested in a Russian airport for carrying Marijuana Vape Cartridges around 9 months ago. Since then, there have been several talks and appeals from both players and officials to bring Griner home.

It seemed that all of this was in vain. Brittney was sentenced to serve 9 years in prison despite pleading guilty to the charges. Additionally, she was soon sent to a penal camp after her final appeals had been denied.

Most of us had assumed that all lost is hope and that she will complete her full sentence. However, a top Russian diplomat recently discussed the idea of a potential prisoner swap. We should all want to know more about the context of this situation, what was said, and who this potential prisoner swap would involve.

Viktor Anatolyevich Bout is no ordinary man by any stretch of the human imagination. He is a former soviet military translator and Russian dealer. He was arrested, prosecuted, and convicted in the United States. The charges against him ranged from conspiracy with terrorist organizations, conspiracy to kill American officials, illegal purchase of an aircraft, money laundering, and wire fraud.

Russia said it hoped to clinch a prisoner swap with the United States to return convicted Russian arms trafficker Viktor Bout, known as the “Merchant of Death,” in an exchange that would likely include U.S. basketball star Brittney Griner. https://t.co/eHLLlRQRGT

This is clearly a very dangerous and influential prisoner of the United States. Sergei A Ryabkov, the deputy foreign minister made a statement to reporters in Moscow which seems to indicate the Russian interest in bringing Viktor Bout back home.

“So far we have not come to a common denominator, but it is undeniable that Viktor Bout is among those who are being discussed, and we certainly count on a positive result.”

Russia wants Viktor Bout, the jailed arms dealer, back in Moscow and is discussing a prisoner swap with the United States that could see him exchanged for Americans imprisoned in Russia including basketball star Brittney Griner https://t.co/PBFx6dLzWa pic.twitter.com/7T1Cm6MZXi

Despite being guilty, there is a large wave of public sympathy and plight for Brittney Griner. However, authorities should certainly wonder what bringing her back could result in. One might assume that the Russians are aware of the pressure in the United States to bring Griner home. If indeed that is the case, it is possible they try to extort the US in this potential deal.