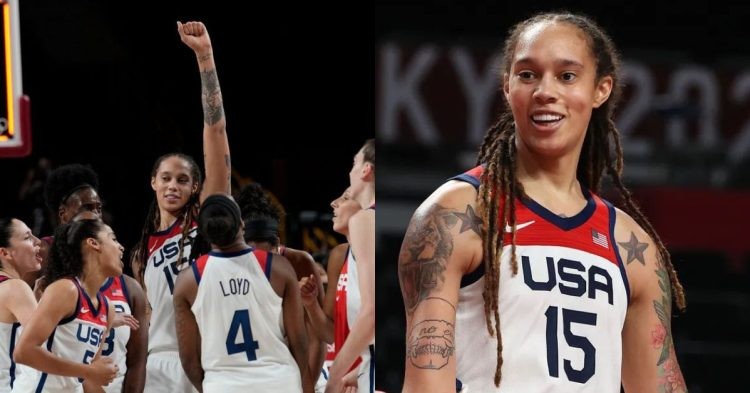 The Brittney Griner saga just keeps going on and on. It has been more than 6 months since Griner was detained in a Russian prison somewhere for the possession of weed. A crime that people don’t even get stopped for in Brittney’s country, the United States of America. People throughout the basketball world like Stephen Curry of the Warriors and LeBron James of the Lakers have been using their platforms to speak up about Brittney for months now.

Brittney Griner is expected to work 16-hour work days, and regularly deal with homophobia and racism in Russia’s prison environments.

All of this has been of little to no avail since Brittney is still in prison toiling away amongst strangers. Grinner must be living in harsh conditions in Russia, her height and nationality make her an easy target. Now, finally, after all this time, the US government has actually started negotiating with Russia for Griner’s return. This has been another source of frustration though.

According to sources, despite America’s best efforts to negotiate with Russia and bring Griner home, the chances of Brittney returning are the same as always. This is because of Russia’s nonchalant approach and reluctance to negotiate any kind of deal involving a prisoner swap.

How long has it been since Brittney Griner’s arrest?

Brittney has not been around for almost 8 months now. The whole incident with her getting caught with vape pods began all the way back in February. She was then held in custody and awaited trial for a few months. Finally, after the conclusion of the trial, the court gave a verdict.

Brittney Griner has been imprisoned in Russia for 280 days.

It’s been 20 days since she was sent to a forced labor camp pic.twitter.com/ITzCzqH6tO

The court found Brittney guilty of the charges that had been put against her. In August of this year, Brittney was sentenced to 9 years in a Russian federal prison. It is clear that players won’t stop protesting till something is done about the situation. If Russia is willing to negotiate then there is a very real chance of us getting to see Brittney come home by the end of this year.