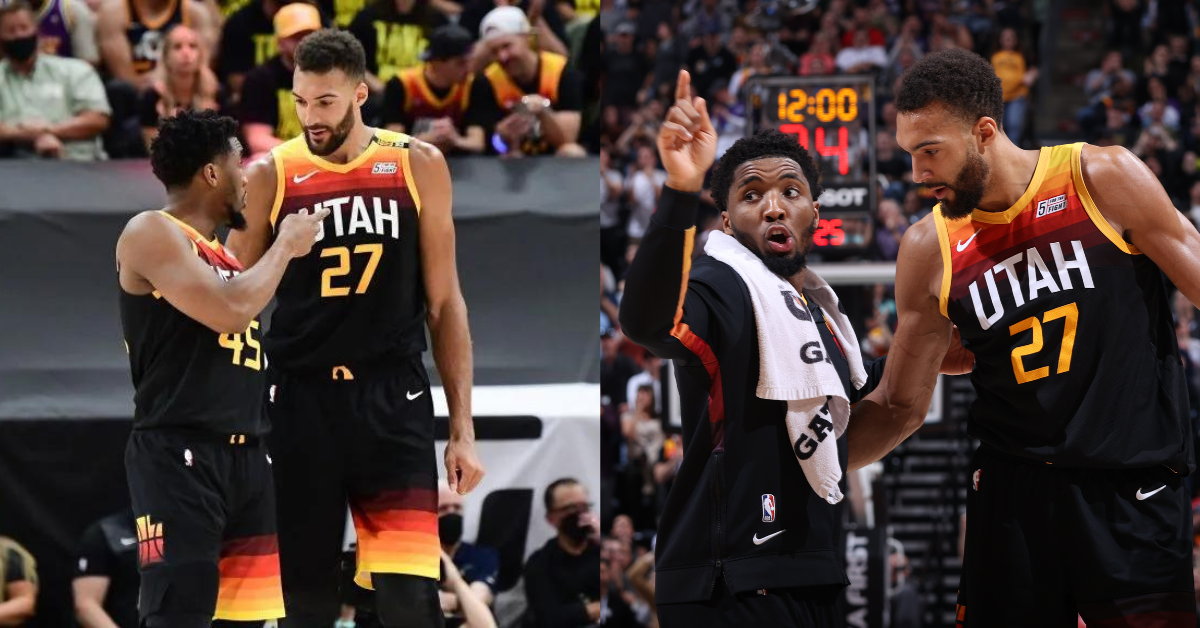 The Utah Jazz was once a franchise that was known for losing to Michael Jordan and his Bulls in the 90s. After that, they were a team that was barely relevant and occasionally made the playoffs. There was no life in the franchise. Until the 2017 season, when Donovan Mitchell was drafted. His game is electrifying to watch and he developed into a great scorer. He also was quick on the defensive side and reminded everyone of a young Dwayne Wade. He and Rudy Gobert became one of the best defensive duos in the NBA. But is their time as teammates coming to an end?

Rudy Gobert denies any rumors of him sabotaging the team

In the last 6 seasons, the Utah Jazz has made the NBA playoffs 6 years in a row. They’ve won over 50 games in 3 of those seasons and this season had 49 wins. Yet they have not been able to get out of the eastern conference semifinals. That’s awfully low standards set for a perennial playoff team.

This season as well, Utah could not get out of the first round. After losing, the rumors began to float around. Rudy Gobert was allegedly making the Utah Jazz pick between him and Donovan Mitchell going into next season. The rumors were pretty believable since they’ve always had chemistry issues. Gobert shut down the NBA in 2020 because of his carelessness and contracting Covid-19, and put his teammates in direct danger.

However, the beef was reportedly squashed. But if those feelings existed once, they could easily come back with disappointing performances in the playoffs.

Rudy Gobert denied any such rumors before they escalated to great extents. We’ve heard relationships between players be damaged due to the media. So it looks like Rudy was trying to preserve it himself. But this does not confirm anything that could be going on behind the scenes. Even if these players have the best of relationships, Utah as an organization could look to trade away one of the pieces in this unsuccessful group of all-stars.

Will we see Rudy Gobert and Donovan Mitchell on the same team next season?