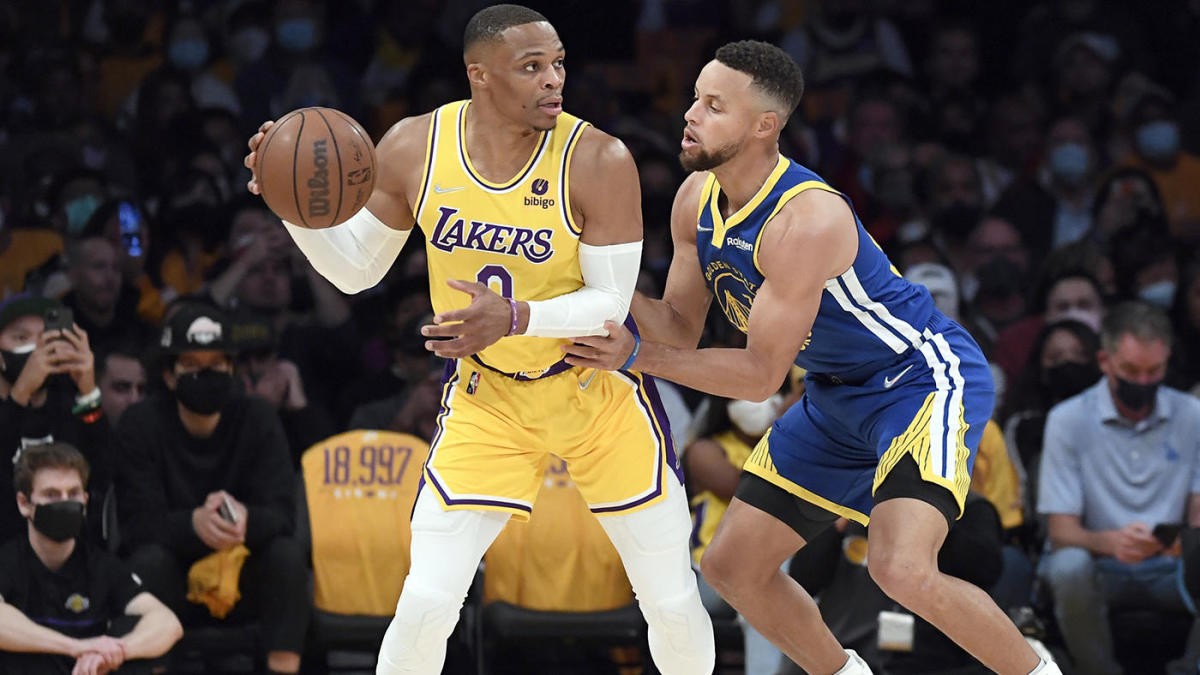 LOS ANGELES, CA - OCTOBER 19: Russell Westbrook #0 of the Los Angeles Lakers controls the ball against Stephen Curry #30 of the Golden State Warriors during the first half of a basketball game at Staples Center on October 19, 2021 in Los Angeles, California. NOTE TO USER: User expressly acknowledges and agrees that, by downloading and/or using this Photograph, user is consenting to the terms and conditions of the Getty Images License Agreement. (Photo by Kevork Djansezian/Getty Images)

The expectations were sky-high, and the rest of the league fully expected the Lakers trio to steam through the regular season. Unfortunately, that is not how things have panned out so far.

Westbrook’s shooting struggles have come to the fore in his brief time at the Lakers. And the former MVP has not held his own in the absence of his 2 co-stars. Such is his form, that the 33-year old is recording the worst points average, at 18.1, in his career since he was just a 21-year old in his sophomore season.

The move not working out has drawn a lot of criticism from TV analysts, sports presenters, and fans alike. Westbrook has admitted how difficult it has been for him personally, and his family. Since then, a lot of support has been shown to him by fans and NBA players, former and current.

Principle among those who have shown support to Westbrook is Stephen Curry. The 2-time MVP is no stranger to rigors and the opinions of the people who are part of this league, from fans to players.

Speaking out before the Warriors’ game against the Nuggets, Curry highlighted his understanding of the situation. And how he could relate to it.

“They build you up to break you down. The real ones who have done amazing things in this league know.”

In a show of camaraderie, he also expressed support for Russell Westbrook. He went on to acknowledge the players’ recognition for Westbrook and how they perceive the situation.

“The guys that know what is going on in this league respect the type of player he is. Russ definitely has my support.”

It was a wonderful gesture on Stephen Curry’s part to publically reach out to a fellow athlete, and Westbrook will be very appreciative of the same.