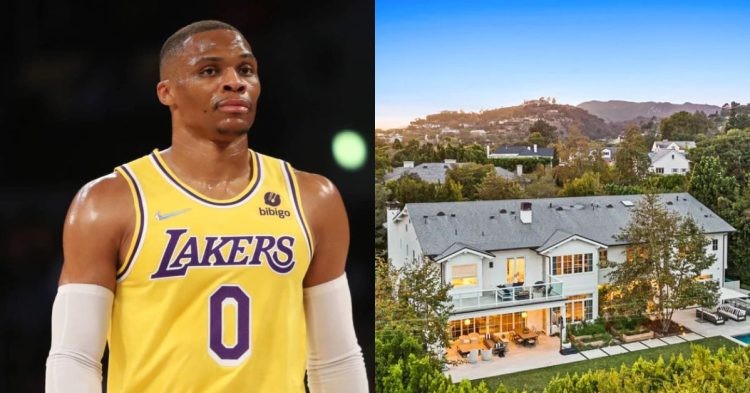 Russell Westbrook has been in the limelight a lot lately. Recently, rumors of the player emerged mentioning that he may be leaving the Los Angeles Lakers after his arch-nemesis‘ arrival. That is none other than Lakers’ new man Patrick Beverley. However, it seems like the pair have seemed to squashed their decade-long beef.

In addition to that, recent rumors claimed that the Lakers may decide to run it with Westbrook if they can’t find a team to trade him to. We all know that the LA-based franchise will also be looking to strengthen their roster.

They will be looking to get an effective player in return when they let Russ go. It seems like he might be shown the way out after all.  According to WSJ Real Estate, Westbrook has listed his LA home for a whopping $29.9 million.

Russ’ exit has been in the works for a while now. We all know that the Lakers are open to letting him leave. The move has not worked out well for both teams. In the 2021-22 season, the 33-year-old averaged 18.5 points, 7.4 rebounds and 7.1 assists in 78 games. The numbers are decent if we’re being honest, but they are not enough according to Westbrook’s standards.

Russell Westbrook just put his Los Angeles mansion on the market for $30 million.

In addition to that, his chemistry with LeBron James and Anthony Davis has not worked out well so far. They had the potential to be a big three in LA. However, the trio have failed to make it worked and missed the playoffs two years in a row. The reasons may not be Russ’ fault, it is safe to say that the trade just hasn’t worked out.

However, he may be just selling a property and moving to another place. But the timing of his decision allows us to speculate as he is one of the hottest players on the trade market right now. Only time will tell if Russ is switching teams.