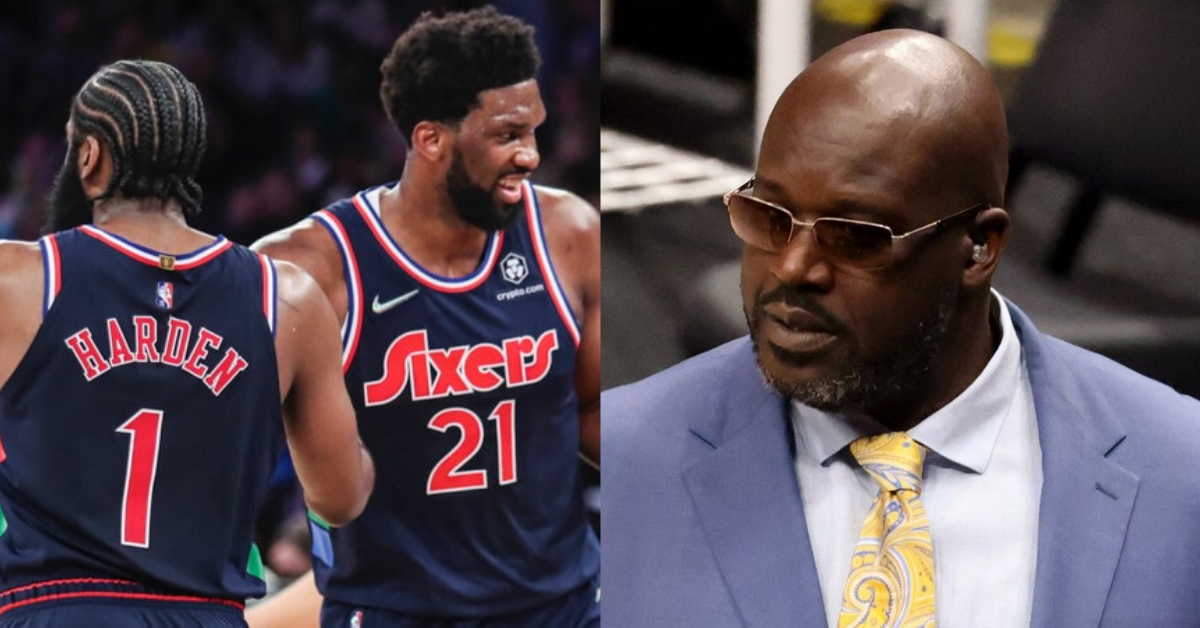 The NBA Playoffs are in going on swimmingly. All the best teams in both conferences have made it past the first round with no upsets on the books. That means we could see one of the toughest NBA playoffs in recent memory due to the sheer talent still available. Some of these teams will have to lose but which one could it be? For starters, the Philadelphia 76ers have the biggest problems going into the 2nd round and Shaq believes that they could lose.

The Philadelphia 76ers beat the Toronto Raptors in 6 games in the first round of the Eastern Conference playoffs. There were a lot of concerns over a comeback from the Raptors and we could see the pressure getting to them. Yet they pulled through and will now be facing the best team in the East, Miami Heat.

However, the Philadelphia 76ers will be going into this series without their MVP candidate Joel Embiid who is out with a right orbital fracture and mild concussions.

Embiid has been playing through pain this postseason after sustaining a torn ligament in his right thumb — and now this orbital fracture, concussion, and will now be sidelined. ???????? https://t.co/3q9BPF9VAv

Shaq advises James Harden on how to lead the team

James Harden is the only star left on this team. However, since he was traded he has not been the MVP version of himself. He’s turned into the sidekick that sometimes ghosts. He’s been riding on the back of Embiid’s play. However, this will not be an option for him in round 2.

Even Shaq has noticed James Harden become slow and less skilled than he once was. His dribble moves don’t have the same effect and he seems injured while playing. His advantage should be that nobody believes in his play. And be the wild card that the Philadelphia 76ers need. James Harden has led teams in the playoffs by himself. But now is his chance to do it again.

All You Need to Know About Holger Rune: Tennis Records, Achievements and Ranking